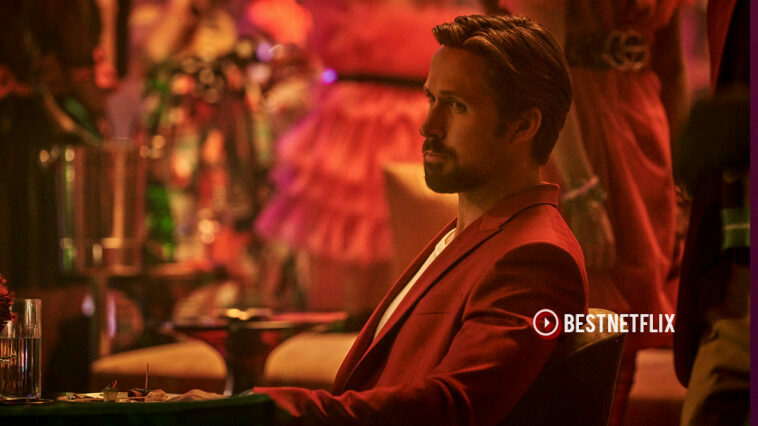 Happy Friday and welcome to your daily roundup of what’s new on Netflix as we head into the weekend. We’ll run you through all 9 new movies and shows added, give you some suggestions on what to watch and check in with what’s trending on Netflix in the US too.

If you’re looking to catch up on something on Netflix before it departs, check out Django Unchained from Quentin Tarantino which is due to depart early next week alongside Banana Split (2020). Also speed up any binges of Friday Night Lights and 30 Rock as they both depart as we move into August.

We’ll be back for a full look at what’s been added to Netflix US over the week on Sunday so keep an eye on our what’s new on Netflix section.

What to Watch on Netflix This Weekend

This week’s Netflix schedule was a little quieter than normal, largely because The Gray Man was the central title that Netflix wanted all the attention on. Time will tell if that pays off.

The huge new movie cost upwards of $200 million and features an all-star cast and some of the best action movie sequences you’ll see this year.

It comes from the directors of Avengers: End Game and is about one of the CIA’s top assets uncovering agency secrets which subsequently triggers a global hunt by assassins.

So far, critics and audience opinions are polar opposites. The movie did lukewarm with critics when it opened in theaters last week but audience scores have been far kinder, with it sitting at a 90% at the time of publishing.

Netflix has a huge slate of Original reality programming but Blown Away is perhaps one of the more intriguing concepts. It’s a competition series that sees glass blowers compete to make weird and wacky sculptures. On paper it shouldn’t work but in reality, it’s one of the best series Netflix’s reality department produces.

Once again, the series kicks off with 10 new glassblowers trying to please the judges and notably for this season, the winner of season 1 is now a judge.

Yesterday we said goodbye (but not forever) to Jurassic World: Camp Cretaceous, which has five great seasons on Netflix. Based on the Jurassic Park franchise, we’ve followed six teens who have been trapped on various dinosaur infested islands.

It’s one of Netflix’s highest-rated kids series of all time and ends with its fifth and final season.

F3: Fun and Frustration (2022) – TV-14 – Telugu – An unlikely group of money-hungry scammers are thrust into a farcical roller coaster of events when a wealthy industrialist enters their lives.
Magamuni (2019) – TV-14 – Tamil – Separated at birth, two twin brothers whose lives have taken opposing paths are thrust onto a dangerous collision course when their worlds intertwine.
My Village People (2021) – TV-14 – English – A selfish womanizer finds himself in bubbling hot water after his reckless lifestyle accidentally attracts the attention of a coven of witches.
The Gray Man (2022) Netflix Original – PG-13 – English – When a shadowy CIA agent uncovers damning agency secrets, he’s hunted across the globe by a sociopathic rogue operative who’s put a bounty on his head.

Blown Away (Season 3) Netflix Original – TV-PG – English – Ten master artists turn up the heat in glassblowing sculpture challenges for the chance to win $60,000 in prizes and the title of champion.
Jurassic World Camp Cretaceous (Season 5 – Final Season) Netflix Original – TV-PG – English – Six teens invited to attend a state-of-the-art adventure camp on Isla Nublar must band together to survive when the dinosaurs break out of captivity.
My Unfamiliar Family (Season 1) – TV-14 – Korean – A family that has drifted apart over the years, tries to patch up their relationship while coping with obstacles in their lives.
ONE PIECE (3 Seasons) – TV-14 – Japanese – Monkey D. Luffy sails with his crew of Straw Hat Pirates through the Grand Line to find the treasure One Piece and become the new king of the pirates.
Pororo & Fairy Tales (Season 1) – TV-Y – Korean – Hop aboard Eddy’s plane to explore an enchanted land of wizards, beasts and stories galore! Characters from classic fairy tales join in on the fun.

7
The Umbrella Academy
Girl in the Picture

8
Kung Fu Panda: The Dragon Knight
The Man From Toronto

10
All American
The Dark Knight Rises

What are you checking out on Netflix at the moment? Let us know in the comments. 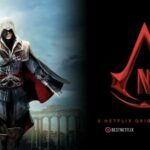