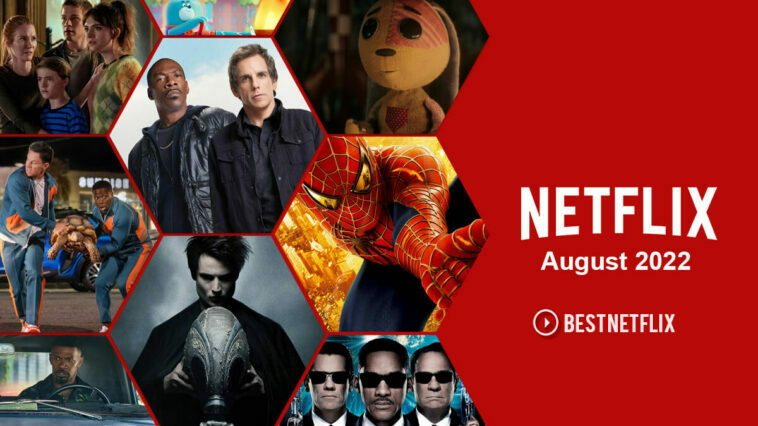 We’ll be getting new release dates throughout the month of July for release on Netflix in the US in August 2022. We’ll be keeping this and our Netflix Original preview for the month updated every few days.

As always, where there are additions, there are also removals. So far, big removals for August 2022 include 30 Rock, dozens of movies and Friday Night Lights.

Full List of What’s Coming to Netflix in August 2022

Games Coming to Netflix in August 2022

28 Days (2000) – Comedy starring Sandra Bullock.
8 Mile (2002) – Eminem stars in this beloved drama about a young rapper trying to make it big.
Above the Rim (1994) – Sport drama from director Jef Pollack about a high school basketball stars frayed relationships with his brothers.
Battle: Los Angeles (2011) – Sony movie starring Aaron Eckhart about an alien invasion and one squads attempt to stop it.

Big Tree City (Season 1) Netflix Original Kids – From British animation studio Blue-Zoo comes a new series following Major Prickles and his team trying to save the citizens of Big Tree City.
Bridget Jones’s Baby (2016) – Renee Zellweger returns to play Bridget Jones 15 years after the first movie.
Bridget Jones’s Diary (2001) – Rom-com about a woman determined to improve herself while she looks for love in a year in which she keeps a personal diary.
Constantine (2005) – Keanu Reeves stars in this Warner Bros movie about a supernatural exorcist.

Men in Black (1997) – The first Men in Black movie starring Tommy Lee Jones and Will Smith.
Men in Black II (2002) – Agent Jay is sent to find Agent Kay and restore his memory after the re-appearance of a case from Kay’s past.
Men in Black 3 (2012) – The third and final entry in the Men in Black trilogy starring Will Smith, Tommy Lee Jones and Josh Brolin.
Miss Congeniality (2000) – Sandra Bullock stars in this action comedy about an FBI agent going undercover.
Monster-in-Law (2005) – Rom-com starring Jane Fonda and Jennifer Lopez.
No Strings Attached (2011) – Rom-com starring Natalie Portman and Ashton Kutcher.
Pawn Stars (Season 13) – Reality series.
Polly Pocket (Season 4 – Part 2) – Kids animated series.
She’s Funny That Way (2015) – Owen Wilson stars in this romantic comedy about a Broadway director getting himself in a predicament.
Space Jam (1996) – The original Lebron James WB movie.
Spider-Man (2002) – The first Sam Raimi Spider-man movie where Spidey faces off against the Green Goblin.

Spider-Man 2 (2004) – Tobey Maguire’s second entry in his Spider-man trilogy. He faces off against Doctor Octopus.
Spider-Man 3 (2007) – The third and final entry in the Sam Raimi trilogy.
The Age of Adaline (2015) – Blake Lively stars in this fantasy romance about a young woman who learns she will live forever, which complicates her love.

Flight (2012) – Robert Zemeckis directs this thriller about an airline pilot who manages to save all the passengers in his malfunctioning plane.
Ricardo Quevedo: Tomorrow Will Be Worse (2022) Netflix Original Stand-up Special

The Sandman (Season 1) Netflix Original – The world-renowned comics from Neil Gaiman come to life on screen with this live-action series.

I Just Killed My Dad (2022) Netflix Original Documentary – From the director of Girl in the Picture comes a new doc on the Templet family.

Dope (2015) – Rick Famuyiwa directs this comedy crime movie about a geek who is surviving in a tough neighborhood.
Dota: Dragon’s Blood (Book 3) Netflix Original Anime – The third season based on the Valve MOBA.
Stay on Board: The Leo Baker Story (2022) Netflix Original Documentary – Documentary on competitive skateboarding icon Leo Baker.

13: The Musical (2022) Netflix Original Film – After his parents’ divorce, Evan Goldman (Eli Golden) moves from NYC to small-town Indiana. As his 13th birthday nears, he must master the complex social circles of his new school and win friends by turning his Bar Mitzvah into the coolest party ever.
A Model Family (Season 1) Netflix Original Series – Korean thriller series about an ordinary man on the brink of bankruptcy and divorce stumbling across money.

Day Shift (2022) Netflix Original Film – Jamie Foxx stars alongside Snoop Dogg and Dave Franco in this vampire movie where Foxx stars as a vampire killer while under the guise of a cleaner.
Never Have I Ever (Season 3) Netflix Original Series – The third season of Netflix’s coming-of-age series headlined by Maitreyi Ramakrishnan.

I AM A KILLER (Season 3) Netflix Original Documentary – Docu-series looking into some of the most notorious inmates.

What will you be watching on Netflix in August 2022? Let us know in the comments down below. 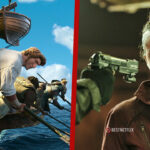 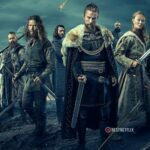