For the second time in 2022, we’re gearing up for another trip to the valley and watching the chaos unfold between the dueling teens and adults. Season 5 of Cobra Kai arrives on Netflix on September 9th, but when will it hit exactly in your region? Here’s a breakdown of when you get to stream the new season where you live.

In this season of Cobra Kai, we see Terry Silver at the top of the Cobra Kai empire and aggressively growing its brand. Daniel forms an unlikely partnership with old foes and returning friends.

Reviews for the new season were released earlier this week with many saying it keeps up its tremendous track record thus far. However, some reviews suggest Cobra Kai may be running out of ideas and steam. Andrew Morgan, a writer at What’s on Netflix, said, “Season 5 could have been a bridge too far, but it did exactly what you would hope.”

If you want a full breakdown of everything you need to know about Cobra Kai season 5 before the new season drops, check out our preview, which has just been updated with all the gossip, trailers, clips, pictures, and everything else known about the new season.

As per all Netflix Originals, new seasons arrive simultaneously on Netflix as opposed to licensed titles.

Given that it’s not the same time around the world when you get to watch new seasons depends on where you live. If you’re in the US, you’ll have to stay up late, if you’re in Europe, you’ll likely have to wait a few hours after you wake up, and if you’re East of Europe, you’ll be watching in the afternoon or evening.

If the time has passed and you’re still unable to watch the new season, Netflix suggests, “You may need to refresh your browser, reload the app, or restart your device and relaunch Netflix to watch a newly released title.”

While it’s a little too early to start talking about Cobra Kai season 6, the team behind the show is currently working on their next Netflix project, Obliterated. That’s currently filming in Las Vegas and will likely hit Netflix next year.

Are you looking forward to season 5 of Cobra Kai on Netflix? Let us know in the comments down below. 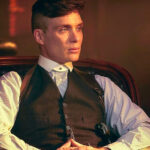 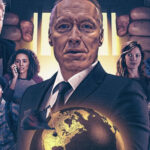