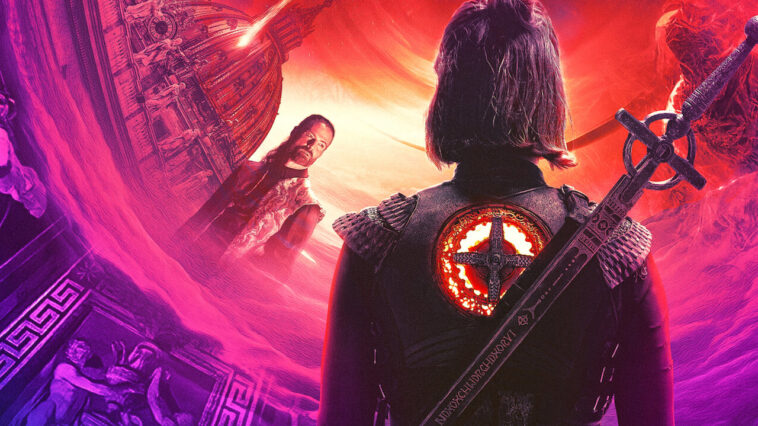 Warrior Nun debuted its second season on Netflix in early November 2022 and fans are already looking for a third season, but will there be one? Below is our preview for season 3, including how well the show has performed thus far and what to expect if we get a third season.

Coming from Simon Barry (behind Bad Blood, Van Helsing and Continuum), the series first debuted in July 2020 and after a relatively quick renewal, returned for season 2 on November 10th, 2022.

Starring Alba Baptista, Toya Turner, and Thekla Reuten, the show follows a young woman who wakes up in a morgue with a new artifact in her back and discovers she’s part of an ancient order.

Has Netflix renewed or canceled Warrior Nun for a season 3?

As of the time of writing, despite showrunner Simon Barry looking for future seasons and valiant fan campaign efforts to drive viewership, it has yet to be renewed.

Unfortunetely, the early performance of the show isn’t looking good and demand externally is also faltering. You could argue it released amongst a busy slate, and marketing wasn’t the best, but numbers thus far aren’t great.

According to the showrunner, Netflix spent $0 on promotion.

As we’ve discussed, Netflix looks into multiple metrics when it comes to renewing shows; for the most part, viewership is king. Netflix will look at cost vs viewership and the number of starters vs. the number of completions.

This seems to be determined by total @netflix views and full s2 completion rate, in the first 28 days. So tell every living soul you know to watch it, and watch all 8 eps within the shortest reasonable time frame. Also repeat viewing is encouraged. I have no say whatsoever.😐 https://t.co/pEoXb2EWw8

Simon Barry, showrunner for Warrior Nun, spoke to ScreenRant saying that they do have plans for future seasons saying:

“Of course, when you end a season as writers, you always want to make sure that you’ve not written yourself into a corner. And yes, we did have a notion about what season 3 could be and how that would look. But of course, it’s up to the fans. If they show up in big numbers. Netflix will make the right decision. And so hopefully, that’s what will happen.”

Another interview suggests Barry is hopeful to have five to seven seasons when all is said and done. How well is Warrior Nun performing on Netflix?

In this segment, you’ll notice that we compare the performance of Warrior Nun to Fate: The Winx Saga. Some may argue that’s an unfair comparison but ultimately, both are sci-fi fantasy YA shows with big budgets and heavy on VFX. Both also debuted their first seasons in a similar time frame as each other and both had to wait long periods before returning after the pandemic. Fate, as you may know, was recently canceled by Netflix.

One positive factor is that in week 2, Warrior Nun season 1 featured in the top 10s having 20.10M hours viewed, meaning the relentless fan campaigning may have encouraged viewers otherwise on the fence to give the show a try.

Again, looking at Fate: The Winx Saga, it too saw a bounce in viewership for season 1 but wasn’t enough to keep the show going.

When looking at it in CVE terms (that means taking the number of hours Netflix provides and dividing it by the show length), we can see that the show debuted in week 1 with a 4.5M CVE. That’s half what Fate: The Winx Saga did in week one. 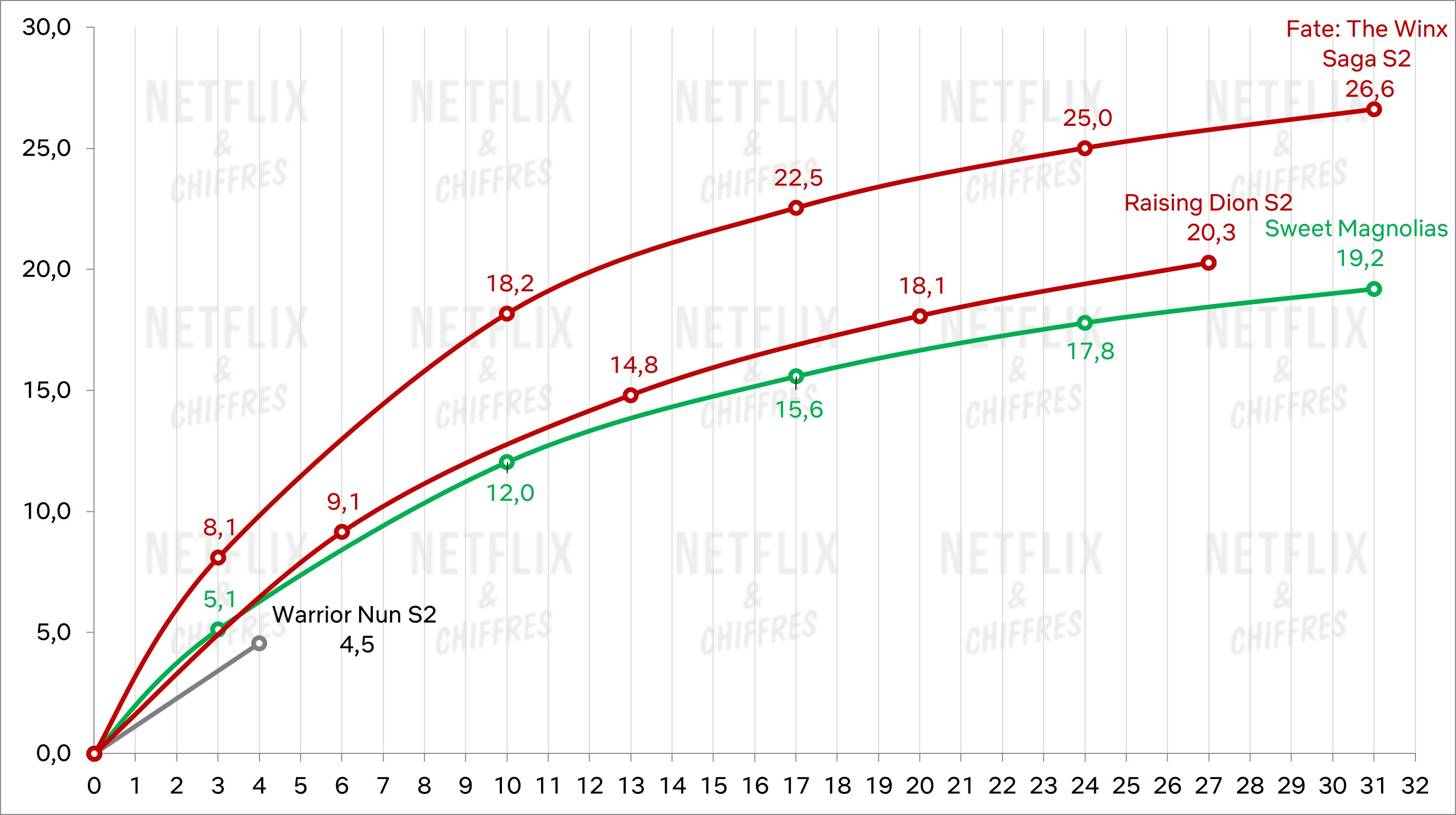 FlixPatrol data, looking at the raw daily top 10s rather than hours, provides a better story suggesting that the show has yet to peak.

In the United States, the show lasted for eight days in the TV top 10s before dropping out.

What about external demand for Warrior Nun?

Google Trends offers the starkest comparison in terms of demand for both shows. You can see both peaked during their season 1 debuts and both have failed even to generate half the demand following the season 2 debut Warrior Nun is underperforming compared with Fate: The Winx Saga.

There’s a lot more data to come from Warrior Nun, and we’ll keep you posted as and when we learn more.

What to expect from Warrior Nun season 3

Before digging into what is expected from season 3 of Warrior Nun, let’s quickly recap the events of episode 8 of season 2 entitled “Jeremiah 29:13”.

The official synopsis for the final episode was as follows:

“Ava visits the other realm and returns with a new plan to end Adriel’s unholy charade — but it will require superhuman strength and painful sacrifices.” By the end of season 2, a war is fully brewing with season 2 ending on multiple big cliffhangers but arguably some of the bigger overaching questions being wrapped.

Adriel has been defeated having been discovered to be controlling the Earth but with that threat gone, another bigger one will take its place which will be the main driver of a third season. Add to that the lingering questions over the Halo and Lilith’s transformation.

Beyond that, the order has been mostly rebuilt so will it be able to sustain itself in season 3 with the lingering threats and as for relationships that’s been mostly resolved too with Ava confessing her love for Beatrice.

One Redditor predicts that the “Third season would be establishing the events leading to the holy war, 4th season. So this could be the last if the show doesn’t gain enough traction.”

Do you hope Netflix renews Warrior Nun for a season 3? Let us know in the comments down below.