For context, on November 21st, 2022, the official Twitter account for Vikings Valhalla began posting new promotional material, mostly introducing new characters to the show for its second season. Season 2 of the show was announced to hit Netflix on January 12th, 2023.

One of the characters highlighted in the series of tweets is King Yaroslav the Wise, one of the most famous rulers of Kyivan Rus.

However, the administrator mistakingly listed King Yaroslav the Wise as the ruler of ‘North Russia.’ Which is extremely controversial when considering its historical inaccuracy and the current political climate of Europe.

King Yaroslav the Wise, the warrior ruler of Northern Russia, and uncle of both Olaf and Harald pic.twitter.com/UowwZZ62UY

Why is this controversial?

First of all, the post itself is historically inaccurate.

It was after the death of King Yaroslav that the decline of the Kyivan Rus took place. Over the next couple of centuries, new powers in the region were established such as the Grand Duchy of Moscow, the Novgorod Republic, and the invasion of the Mongol Empire. These new powers, including multiple new principalities, saw the territory of the Kyivan Rus split among them.

The Tsardom of Russia succeeded the Grand Duchy of Moscow in 1547, almost five hundred years after the death of King Yaroslav the Wise. Kyiv would not come under Russian rule or influence until 1654 when the Cossack Hetmanate became a Protectorate of the Tsardom of Russia.

With many hundreds of years separating the decline of the Kyivan Rus and the formation of the Tsardom of Russia, many different customs and traditions are separating both regions.

Also, geographically, the city of Kyiv, the capital of the Kyiv Rus, was not located in the region we know today as Northwest Russia or the Russian North.

Labeling King Yaroslav as the ruler of Northern Russia is historically, politically, and geographically inaccurate.

King Yaroslav the wise Ruler of what now? The one that rule Kyiv in 1019-1054 when russia wasn’t a thing? (Because it was named Russia in 15th century and Moscow was founded in 1147) while russia erases Ukraine with bombs you erase the historical accuracy. Here’s our currency btw pic.twitter.com/QmMWdSSqnB

As both Russia and Ukraine share King Yaroslav as a significant part of their cultural heritage, by acknowledging him as a Russian ruler, and not a Kyvian ruler, it’s not hard to understand why any Ukrainian would be upset by this.

As many Ukrainians have discussed online, the mislabelling of King Yaroslav can be seen as an erasure of their history and their culture.

Historical adaptations, fictional or otherwise, it’s the responsibility of the production studio and the distributor that cultures are represented correctly, especially when a culture is at risk of being eradicated due to war.

You can read our full preview for Vikings: Valhalla season 2 in our preview.

What are your thoughts on the historical inaccuracies of Vikings: Valhalla? Let us know in the comments below. 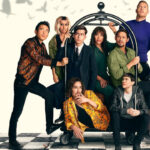 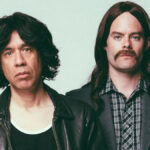