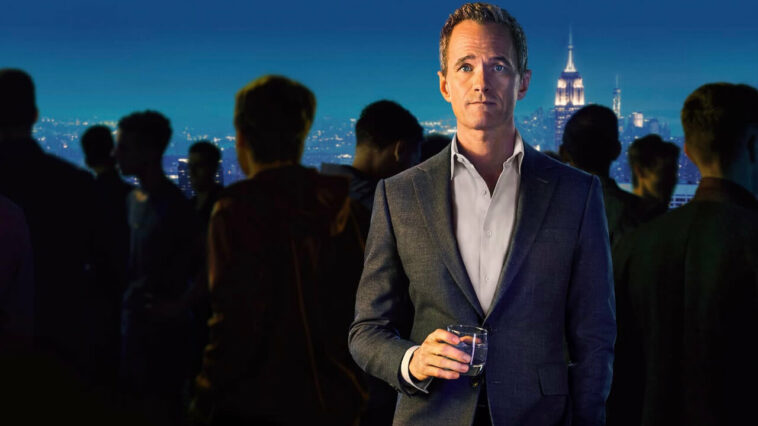 Neil Patrick Harris’s new comedy series has been on Netflix for over a month. It sees the actor return to a format that made his career what it is today. Uncoupled’s short 8 episodes can be watched in a single sitting, so if you’ve already binged through and are looking for news on season 2, here’s what we know.

The series is helmed by Jeffrey Richman and Darren Star, the latter behind another Netflix juggernaut in the form of Emily in Paris. Before that, Star was best known for creating Sex and the City, Melrose Place, and Younger.

Eight episodes of the comedy landed on Netflix on July 29th, 2022, which followed a man living in NYC having to rediscover life after a long-term relationship suddenly ended.

Official Netflix Renewal Status: Not yet renewed or canceled
Our Renewal Prediction: 50/50

After a month on the service, Netflix has yet to officially announce whether the show will return for a second season.

As time goes by, it’ll be less and less likely that the show gets renewed and it’ll almost certainly be renewed or canceled based on its stats.

On the review side, it was mostly liked by audiences and critics alike. It currently holds a 77% critical rating on Rotten Tomatoes, a 74% audience score on RT, and a 7.0/10 on IMDb.

Given the lukewarm performance of the show thus far (more on this below), we’re currently 50/50 on the show’s future. It has one of the best chances of any of the current crop of fledgling comedy series to get renewed but given Netflix’s track record in the space, it may not have the numbers it needs to justify a future season.

How well is Uncoupled performing on Netflix?

The series didn’t manage to chart in Netflix’s global top 10 hourly charts in its first three days on the platform. This isn’t necessarily the end of the world, but it demonstrates that it didn’t hit the ground running.

Uncoupled would have needed above 20.17 million hours watched globally to chart between July 25th and July 31st beating out the second season of Stranger Things.

The show did go on to feature in the Netflix global top 10s for a single week between July 31st and August 7th. It picked up 26.52M hours and ranked 6th that week. It dropped out in the next week, where it would’ve needed 18.07M hours to rank.

Raw top 10 data provided by FlixPatrol seems to suggest that the show had a familiar start but had dropped out of the top 10s after about 2-3 weeks.

In important markets like the United Kingdom and the United States, the show only stayed in top 10s for around 13-14 days likely suggesting it may not have the longevity to return for a future season. According to TelevisionStats.com – the show grew to become the 6th most popular show in the world on August 3rd (4 days after its launch) but has steeply declined since then. Just a month later, it’s dropped to #214, suggesting the show may not have the staying power to get renewed as per all the other stats we’ve featured.

One positive sign for Uncoupled is the completion rate (something we’ve documented as being important for renewals in the past).

According to British SVOD-analytics company Digital i, they suggest that Uncoupled has around a 59% completion rate using data from their European panels.

They’ve previously noted that series under 50% typically don’t get renewed. 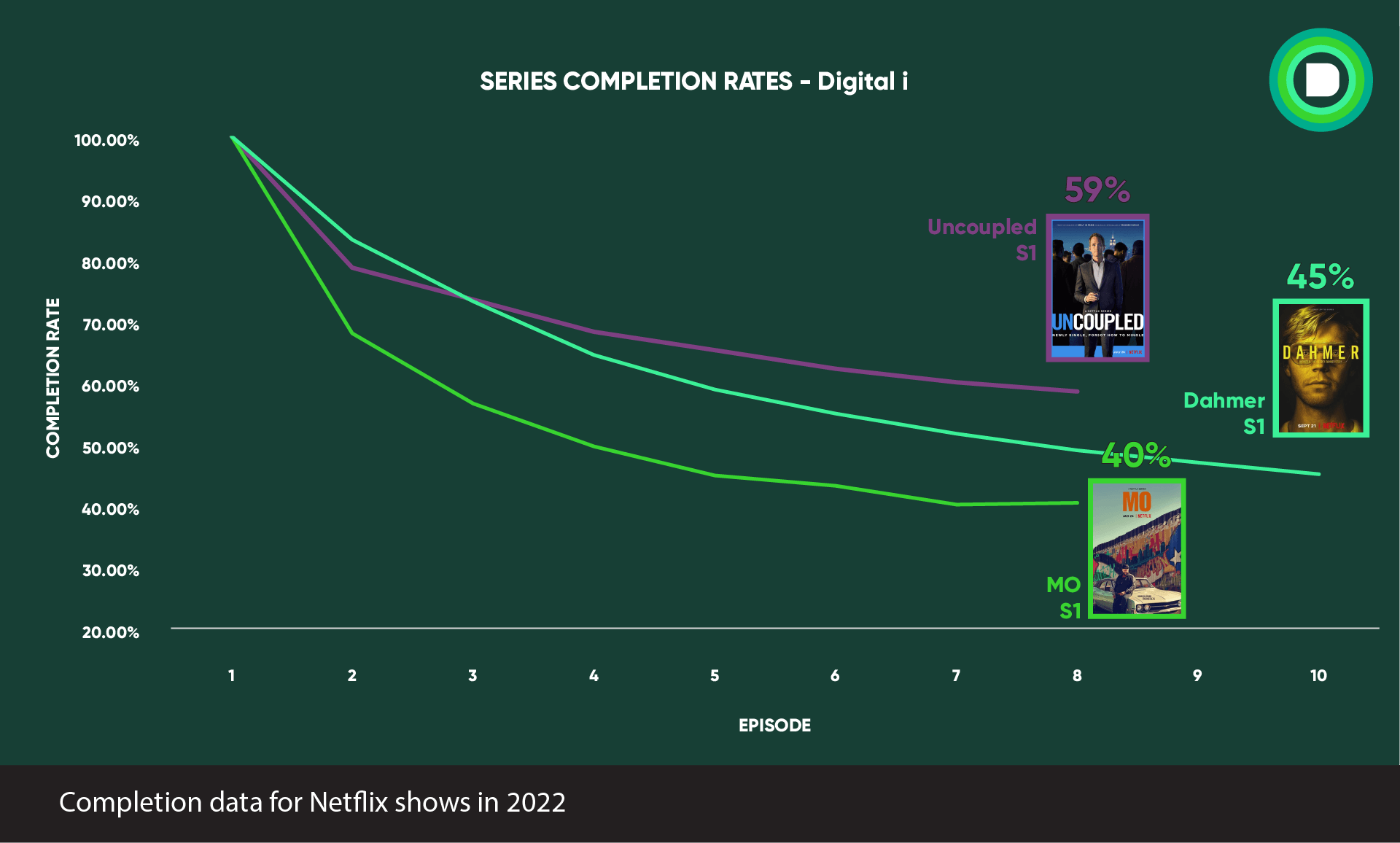 Episode breakdown of completion for Uncoupled on Netflix

What to expect from Uncoupled Season 2 on Netflix

Should the show get renewed, we’ve already got a pretty good idea on where we’re headed.

At the end of the season, we saw Michael heading home to hear that Colin had actually been reconsidering the split that caused all the problems in the first place. Will Michael consider giving their 17-year-old relationship another shot?

Elsewhere, Stanley has been diagnosed with stage one breast cancer and has to undergo treatment. Kai’s father is still a big question mark given that Kai ducked out of a meeting at the last minute.

Also, thanks to an interview with TVLine, they gave us some key plot threads on where we might be headed in season 2. Darren Star told the outlet “that he anticipates plenty of friction in the writers’ room over how to proceed.”

While you’re waiting for a season 2 renewal, you can also see Neil Patrick Harris in another Netflix Original series in the form of A Series of Unfortunate Events.

Would you like to see Uncoupled return for a second season on Netflix? Let us know in the comments down below. 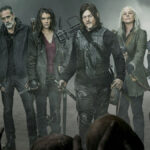