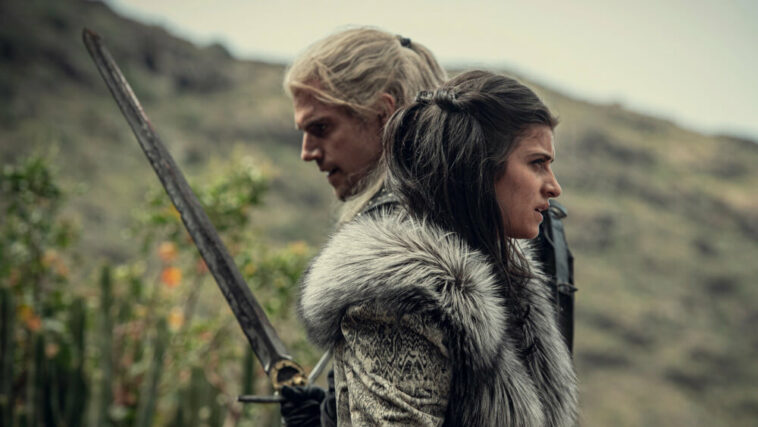 Redanian Intelligence brings us all the latest Netflix news regarding The Witcher. Below, they’ll take you through the latest on The Witcher season 3, The Witcher: Blood Origin and everything else!

On September 9, Netflix finally wrapped filming on The Witcher’s anticipated third season, completing a journey that began way back in March.

While we wait for the editors, composers, and visual effects artists to complete their work and deliver the finished product to Netflix, we’ve got quite a bit of news to cover.

This month’s roundup features a brief recap of what we can expect from next week’s TUDUM event, an exciting rumor about seasons four and five, new cast members and confirmation of their roles, behind-the-scenes pictures of a Nilfgaardian set, and more.

Here are the headlines we will cover in this article:

The Witcher Season 3 wraps filming, when can we expect it to release? On September 9, The Witcher’s cast and crew had finally wrapped production on Season 3, passing the torch to editors, VFX artists, and Netflix’s marketing team as the season enters the post-production phase. Production on the third season lasted approximately five months, taking the cast and crew to dozens of locations in six different countries from the arid Sahara Desert in Morroco, to the frozen lakes of Northern Italy, to the green hillsides of Wales.

“What a season this has been,” star Henry Cavill writes in a message to the cast and crew. “I just wanted to thank you all for your determination and dedication through a tough shoot. Hopefully, you can get some well-deserved rest. Sincerely and with respect, Henry Cavill.”

With filming completed and post-production on its way, fans are eager to know when we can finally watch the third season. Though Netflix hasn’t yet provided a release window, let alone a date, we can make an educated guess based on the past seasons’ production cycles.

For the first and second seasons of The Witcher, Netflix waited a considerable time after post-production was completed before releasing the episodes on Netflix. Season one was released a month after the post-production wrap, and in the case of season two, Netflix held on to the episodes for two full months.

In both cases, Netflix held on to the show to release the episodes in December, just in time for Christmas when people will be at home with their families and eager to binge a new show. If Netflix continues this tradition and releases season three in December 2023, that would require them to hold on to the new episodes for much longer than they did in the first two seasons, at least seven months. For this reason, we doubt that Netflix will stick to the December slot for the third season. A release in Summer 2023 is far more likely, and that’s where we place our bets.

Henry Cavill to Present The Witcher at Netflix’s TUDUM Event Now that the season has wrapped filming, the lion’s share of the remaining work is left to the editors and VFX artists who will be stitching together the show’s various shots, applying the necessary touch-ups, and inserting the occasional terrifying monster or magic fireball on top of a blank green-screen. But they aren’t the only ones working, as an equally important part of what comes after filming belongs to Netflix’s marketing teams.

As the gears start turning on the marketing of Season 3 and the upcoming spinoff The Witcher: Blood Origin, Netflix has already announced that the two Witcher projects will make an appearance at Netflix’s annual TUDUM event. As we reported, Geralt himself, Henry Cavill, will be there to present a behind-the-scenes look at Season 3. Besides Cavill, showrunner Lauren Hissrich will also be there to discuss the show and its spinoffs.

A cautionary warning: we don’t actually expect to see much of The Witcher Season 3. At best, we will be seeing a short teaser and a behind-the-scenes check-in with some of the show’s cast members, we would absolutely not expect a full trailer at this early stage of production. That being said, the spinoff Blood Origin is a completely different matter.

Blood Origin is rumored to be released on December 25, 2022. This means we are only three months away from the release of the prequel show, with very little information shared by Netflix since the show debuted its teaser trailer after the credits of The Witcher’s Season 2 finale last December. It’s about time we see more of Blood Origin, so we are expecting another, meatier teaser or trailer to release during TUDUM.

The TUDUM event will be live-streamed on Netflix’s YouTube channel on Saturday, September 24, at 10:00 am Pacific Time.

Netflix eyes early greenlight for The Witcher seasons 4 and 5 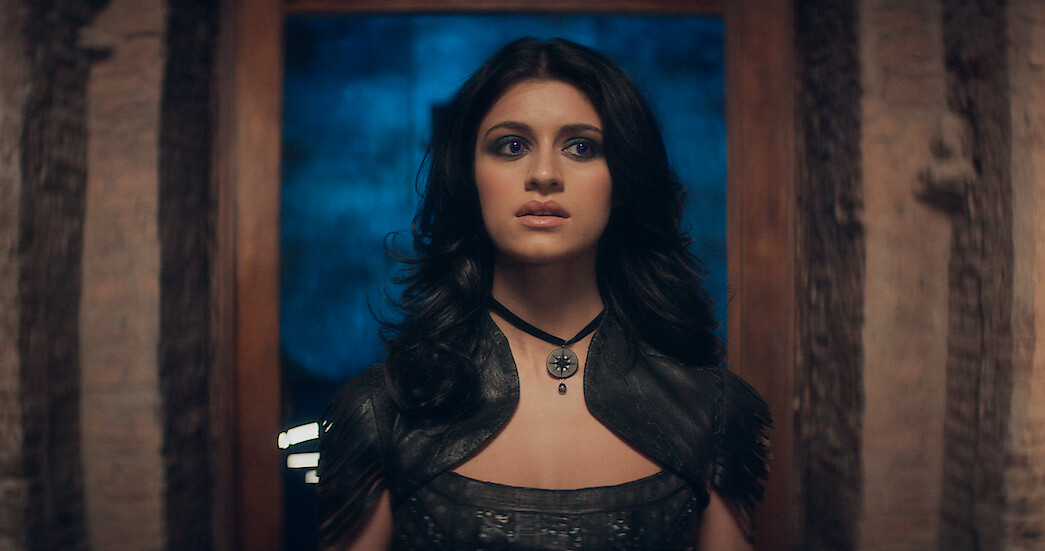 Though Season 3 is still far off, Netflix may already be starting to prepare for what comes next. One Redanian Intelligence source close to the production has informed us that they’ve heard Netflix is hoping to produce the fourth and fifth seasons of the series back-to-back.

The plan is to do this for writing and filming, with the Season 4 writers’ room assembling in the coming months and continuing to write Season 5 immediately after. Then, Netflix would film the two seasons in succession, significantly shortening the wait between seasons.

It’s important to note that this plan is not yet set in stone. From what we heard, our sources believe this is what the team wants to do, but that may not necessarily be possible. Actors, such as lead star Henry Cavill, have other commitments which may not allow a back-to-back filming period.

Aside from that, filming two seasons back-to-back would require the cast and crew to endure challenging shoots on location, in the middle of the night, with non-stop pressure and tight scheduling for an entire year.

That would be a difficult task, so it may not be possible without a lengthy break between the filming of the two seasons. Speaking of Season 4, The Witcher will already be laying the groundwork for upcoming storylines before the end of the season finale. Season 4 is expected to be focused on three different team-ups: the Hansa, who will be part of Geralt’s story; the Lodge, who will be part of Yennefer’s story; and the Rats, who will be part of Ciri’s story. Though the only new hansa member cast for Season 3 was Milva, who will be portrayed by Shang Chi’s Meng’er Zhang, we have uncovered quite a few new additions belonging to the other two teams.

Besides Christelle Elwin (The Bastard Son & The Devil Himself, Bloods), who was previously announced to portray the character Mistle, we have now uncovered another confirmed Rat and several more who are suspected. Juliette Alexandra (EastEnders) was cast in the role of Reef, one of the Rats featured in the novels.

From what we gather, it’s very likely that Aggy K. Adams (World War Z) was cast as Iskra, and two male actors Ash Rizi and Ben Radcliffe are likely to be the show’s Giselher, Asse, or Kayleigh. Besides the Rats, the show has also cast some characters who will interact with them and with Ciri, specifically a group called “the Trappers”. Nickolas Karimi (You Don’t Know Me) has been cast as Skomlik, one of the Trappers in the books. Another actor who will likely be the lead Trapper Sweers is Andrew Lee Pots (By Any Means, The Crown), who was on set during filming. 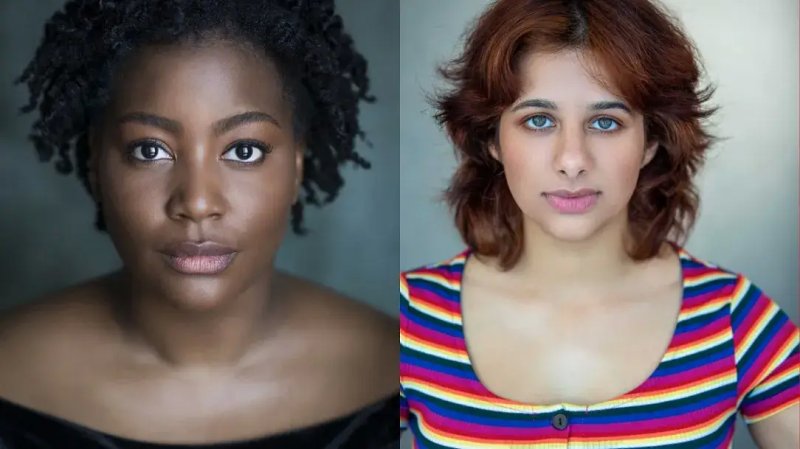 The Lodge of Sorceresses will be inviting stage actress Rochelle Rose (Death in Paradise, Boxing Day) who we have now confirmed to portray the fan-favorite sorceress Margarita Laux-Antille, better known as Rita. In the books, Rita is Tissaia’s replacement as the Rectoress of Aretuza, who is always cheerful and kind, especially to her young students. Joining her will be Safiyya Ingar (Doctors, Summer of Rockets) who is now confirmed for the iconic role of Keira Metz, who took readers and fans of the games should remember. They will be joined by cast members from the first two seasons, with characters including Yennefer, Philippa, Triss, Francesca, Fringilla, and Sabrina. One of the last items of news from the filming of Season 3 involved these very actresses, who all filmed together on one of the last days of production. It’s safe to say that the Lodge of Sorceresses will indeed be founded in Season 3, rather than early in Season 4. 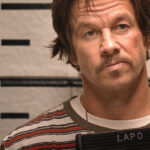 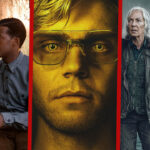