Netflix’s The Sandman has now been streaming on Netflix for well over a month and we’re yet to learn whether or not it’ll return for a season 2.  Here’s everything we know about season 2 of The Sandman on Netflix.

The 10-episode season covers the first two volumes of Neil Gaiman’s seminal comics, Preludes and Nocturnes and The Doll’s House.

What we see in the first season of The Sandman merely scratches the surface. The Sandman comic spans 10 core volumes, plus a prequel and many spinoffs in the wider “Sandman Universe.” If Netflix wants to complete the saga, there’s potential for many seasons.

Has The Sandman been renewed or canceled at Netflix?

The Sandman has not yet been renewed for a second season and after a month’s wait, we’ve revised our prediction to the show now having a 50/50 chance of getting renewed.

The debut season ends on something of a cliffhanger, and the team is keen to adapt the rest of the comics.

Neil Gaiman has been vocal about season 2 on his Twitter page. Here’s what he’s revealed so far regarding the future of the show:

Regarding when we might see a season 2 announcement, it may come in September. That’s when Netflix will host its second TUDUM event on September 24th. As of right now, the title is not in the lineup for TUDUM, however.

One bad sign for the show is when the social media pages for the title go dark. That was the case between September 1st and September 14th but thankfully, the page is posting and retweeting again. Netflix’s Tudum site hasn’t uploaded any The Sandman content since August 23rd.

How well is The Sandman performing on Netflix?

Thanks to a myriad of resources online, we can look at how well the show is performing and benchmark it against other shows.

The biggest numbers we get from Netflix are the hourly viewing figures for the show which we get every Tuesday. Over a month later, the show remains in the top 5 English shows streaming on Netflix. It’s decaying between 30-41% each week.

Benchmarked against other shows (particularly those that get canceled), this hourly data shows that interest persists for The Sandman.

In our weekly top 10 reports where What’s on Netflix contributor Frédéric Durand used CVE metrics to compare the show against other English language dramas, he put the show at a likely renewal with it tracking better than The Lincoln Lawyer and only just behind Vikings: Valhalla. 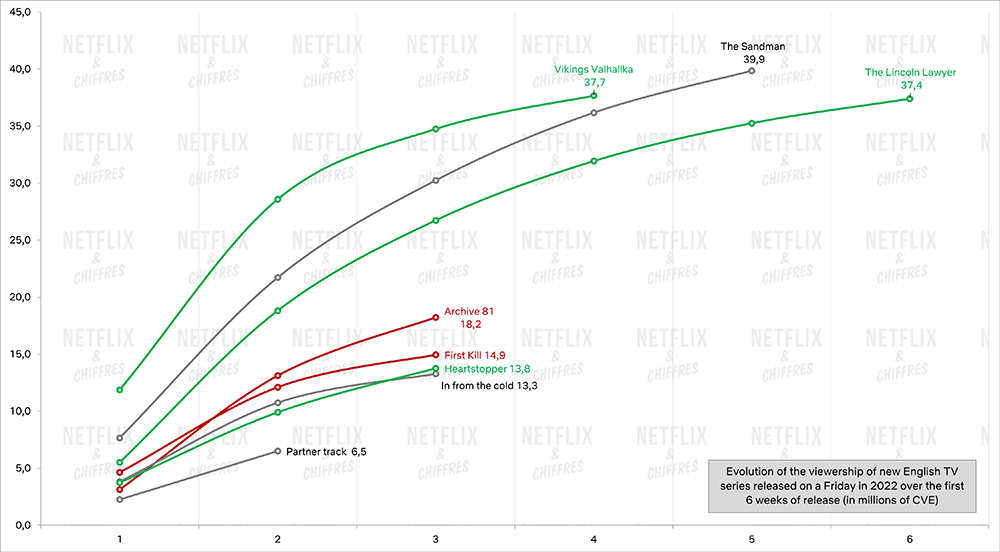 CVE Viewership of The Sandman in week 5 compared to other English-language Netflix shows – those in red are canceled, green are renewed and black pending.

Completion data will be key for The Sandman, as we outlined above.

Digital I, a London-based SVOD analytics company, has previously provided What’s on Netflix with data that suggests completion rates under 50% usually means that shows get the chop.

Sadly, provisional panel-level data (data has not yet been weighted and projected) is not looking good.

Per Sophia Vahdati, Marketing Director at Digital I: 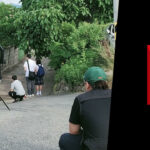 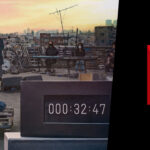