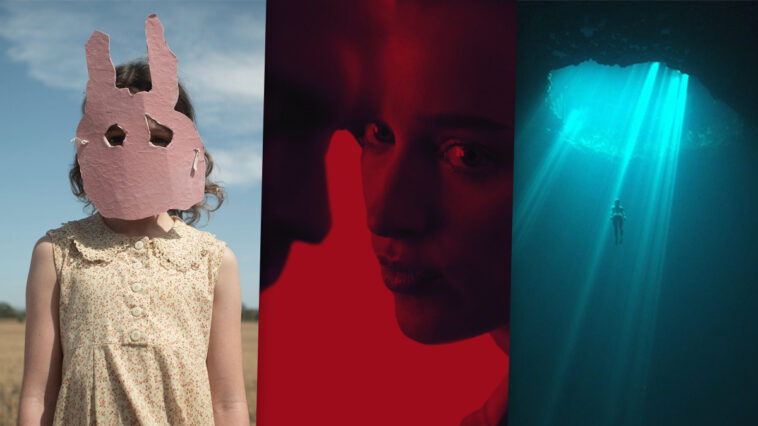 It’s 2023, and we’re already kicking off things with a wave of new films being screened at the Sundance Film Festival 2023 this month in Park City, Utah. As they have with previous years, Netflix has been throwing their money around at the festival, and we’ve put together a rundown of what those movies are so far.

The festival becomes a stomping ground for streaming services, studios, and distributors alike to buy movies ahead of a mainstream release, like a film market, except these films are already completed. When many of these movies are first reviewed by film critics, it can help create lots of early buzz before they are gobbled up and might help coax buyers to nab them quicker than others. First up is The Deepest Breath, a freediving documentary from Laura McGann that is a partnership between Netflix and A24 Films leading to some positive/mixed reviews from The Hollywood Reporter, The Wrap, and IndieWire.

Here is the film’s official synopsis and which reads as follows:

“Descending to remarkable depths below the sea on one single breath, Alessia Zecchini enters what she describes as the last quiet place on Earth. The Italian champion is determined to set a new world record in freediving, a dangerous extreme sport in which competitors attempt to reach the greatest depth without the use of scuba gear. Freedivers are often subject to blackouts upon ascent, necessitating the help of safety divers like Stephen Keenan, a free-spirited Irish adventurer who fell in love with the sport in Dahab, Egypt. Having formed a special bond on the freediving circuit, Alessia and Stephen train together to make an attempt on Dahab’s legendary Blue Hole and its challenging 85-foot-long tunnel 184 feet below the Red Sea, their fates inextricably bound together.” Another project they secured last week from the festival is Run Rabbit Run, an Australian psychological thriller that stars Succession actress Sarah Snook as a fertility doctor. Daina Reid (The Shining Girls, The Handmaid’s Tale) directs from a script penned by screenwriter Hannah Kent. While the premise seems perfect fodder for Netflix, which is filled to the brim with spooky thrillers, the reviews for Run Rabbit Run haven’t been terribly glowing, with The Playlist, Collider, Variety, and Bloody Disgusting suggesting the underwhelming pic is a little too familiar with some saying it is a lighter version of Jennifer Kent’s The Babadook.

You can read the official logline for the Aussie horror flick below:

“Fertility doctor Sarah begins her beloved daughter Mia’s seventh birthday expecting nothing amiss. But as an ominous wind swirls in, Sarah’s carefully controlled world begins to alter. Mia begins behaving oddly and a rabbit appears outside their front door — a mysterious birthday gift that delights Mia but seems to deeply disconcert Sarah. As days pass, Mia becomes increasingly not herself, demanding to see Sarah’s long-estranged, hospitalized mother (the grandmother she’s never met before) and fraying Sarah’s nerves as the child’s bizarre tantrums begin to point her toward Sarah’s own dark history. As a ghost from her past re-enters Sarah’s life, she struggles to cling to her distant young daughter.” The streamer has also picked-up the high-profile film “Fair Play” and, according to Deadline, paid an impressive $20 million for the global rights to it.

A film from writer-director Chloe Domont, an alumnus of the successful drama series Billions, Fair Play stars Phoebe Dynevor (Bridgerton) and Alden Ehrenreich (Solo: A Star Wars Story) as an engaged New York couple that sees their relationship change when the power dynamics begin to shift into something a bit more sinister. Reviews from Vanity Fair, Variety, and IndieWire are a bit more kind to the financial drama, telegraphing that the pic could be a little more accessible to audiences. Although, The Playlist wasn’t as impressed as others were with the feature film.

You can check out the thriller’s synopsis right here:

“Hot off the heels of their new engagement, thriving New York couple Emily (Phoebe Dynevor) and Luke (Alden Ehrenreich) can’t get enough of each other. When a coveted promotion at a cutthroat financial firm arises, supportive exchanges between the lovers begin to sour into something more sinister. As the power dynamics irrevocably shift in their relationship, Luke and Emily must face the true price of success and the unnerving limits of ambition.” Victim/Suspect was just recently confirmed to be among the 2023 movie slate lineup and made its world premiere at the Sundance Film Festival.

Here’s what the new documentary, directed by Nancy Schwartzman, is about:

“Investigative journalist Rae de Leon travels nationwide to uncover and examine a shocking pattern: Young women tell the police they’ve been sexually assaulted, but instead of finding justice, they’re charged with the crime of making a false report, arrested, and even imprisoned by the system they believed would protect them.”

This is likely just a taste of what the streaming service will be buying up throughout the festival runs in 2023, and their choices seem to be very on-brand for them. More titles are expected to be picked up throughout the week as Sundance continues to showcase these new movies, and we’ll keep updating the list as those projects become part of the Netflix family. Stay tuned.