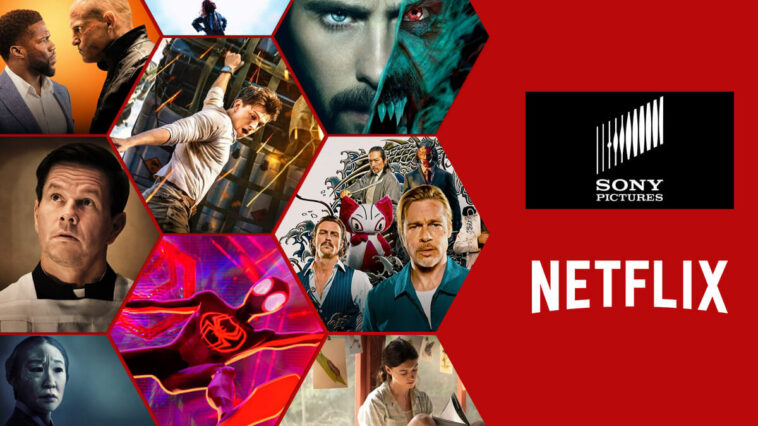 Netflix and Sony Pictures have a new agreement in the US (but also worldwide to an extent) whereby new Sony movies come to the service and Sony is producing exclusive titles for the streaming service worldwide. Here’s our big guide to all the Sony movies coming soon to Netflix.

For those unaware, Netflix and Sony signed a landmark deal in April 2021 to bring Sony’s feature films to the service in the coveted pay-1 window. This means any Sony theatrical releases come to Netflix around 6 months after they debut in theaters.

In the original press release, Netflix promised that future entries Venom, Spiderman, Jumanji, and Bad Boys are all headed to the service.

How long until Sony movies come to Netflix?

The theatrical window for Sony movies isn’t a fixed time window at least in the US. While Netflix India receives new Sony movies exactly 120 days after their theatrical release, the US has to wait anywhere between 120 and 168 days so far.

Sony Movies Added to Netflix So Far in 2022 Over the years we’ve seen many Sony movies skip cinemas and sold to Netflix instead, particularly over the pandemic. Examples include Vivo, The Mitchells Vs. The Machines, Wish Dragon, and Fatherhood.

Before we get into the full list, we’ve heard that K-Pop: Demon Hunters from Sony Animation is eying a full jump over to Netflix, but there is no confirmation of that yet from Netflix. Netflix is all-in on Roald Dahl given it purchased the book rights and is adapting many of the stories in the coming years so it made sense when they picked up Matilda: The Musical from Sony.

Sony still notably has distribution rights in the United Kingdom it’s worth noting where it does plan to distribute the movie in cinemas. Laure de Clermont-Tonnerre is set to direct the movie and is about a woman who breaks with the forms and traditions of her time when she falls out of love with her husband and begins a torrid affair with a man who works on their English estate.

Masters of the Universe Masters of the Universe – Picture: Mattel

After being in development at Sony for years, the live-action Masters of the Universe which will be headlined by Kyle Allen playing the lead role of He-Man, is coming exclusively to Netflix.

Filming is expected to begin in the summer of 2022.

We’ll keep track of everything known about Netflix’s live-action Masters of the Universe movie here.

Sony Pictures Movies Coming to Netflix in 2022 & Beyond Mark Wahlberg produces and stars in this drama based on a true story of a Church Father who became a priest after his career in boxing came to a dramatic end.

Where the Crawdads Sing From Hello Sunshine and 3000 Pictures comes this mystery thriller based on the book by Delia Owens and adapted by Lucy Alibar.

Here’s what you can expect:

“A woman who raised herself in the marshes of the deep South becomes a suspect in the murder of a man she was once involved with.” Five assassins on a Japanese bullet train discover that their individual assignments are tied together.

If the movie comes to Netflix 120 days following its release, it’ll be added on December 3rd, 2022. 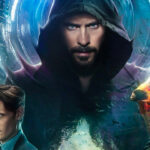 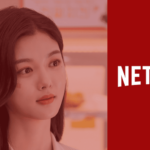