Me Time is now on Netflix – Picture: Netflix

Mark Wahlberg and Kevin Hart star in one of Netflix’s biggest releases of August 2022 but should you hit play on Netflix? Here’s our review of the new comedy.

Starring Kevin Hart (Fatherhood, The Man From Toronto), the movie is about a Dad named Sonny who finds time for himself for the first time in years while his wife and kids are away. He reconnects with a friend for a wild weekend.

Mark Wahlberg stars as Huck (Boogie Nights, The Other Guys) and Regina Hall as Maya (Girls Trip, Scary Movie). Fun fact: This is the seventh movie that Kevin Hart & Regina Hall have acted in together.

So is the movie worth your time? Here’s our review:

In the early 2000s, writer/director John Hamburg was one of the best comedy minds in the industry. With the incredible early success of Meet The Parents, Zoolander, & I Love You, Man, Hamburg created iconic characters that still resonate with fans like myself to this day (I was once Zoolander for Halloween in my early 20s. Yes, I was Blue Steel). He was best when he could take common adult issues like preparing for marriage or making friends and make them extremely relatable, even when doing outlandish things.

Seemingly, Me Time should fit right into Hamburg’s skill set as it brings him back to complications of balancing adult male friendships with the needs of an evolving family dynamic while finding the humor & drama in them, much like I Love You, Man did in 2009.

However, unlike I Love You, Man, this film goes for spectacle & mostly sanitized blunders over character development and doesn’t cultivate the relationships between the central figures.

From the opening scene in which Kevin Hart’s Sonny and Mark Wahlberg’s Huck go Wingsuit Flying, you can tell that the film feels compelled to rush into stunts & pratfalls before we barely acknowledge the relationship between these longtime best friends.

It feels like a movie that built the sets before the screenplay was even finished. Who needs backstory when you have a personal Burning Man?
But hey! This is a comedy! You have Hart, Wahlberg, and a budget … Why don’t you just turn on the camera and let them cook?!

Well, in the case of Me Time, the ingredients may have been there, but the chemistry was not. While it seemed at times like the buddy duo was having an incredible time making the movie, I never really bought them as BFFs. They never seem to have a shorthand or a bond that brings them closer. One could even argue that their relationship doesn’t seem to serve the film’s central need. 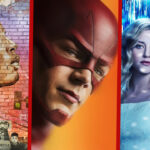 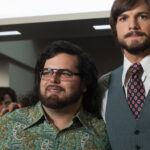