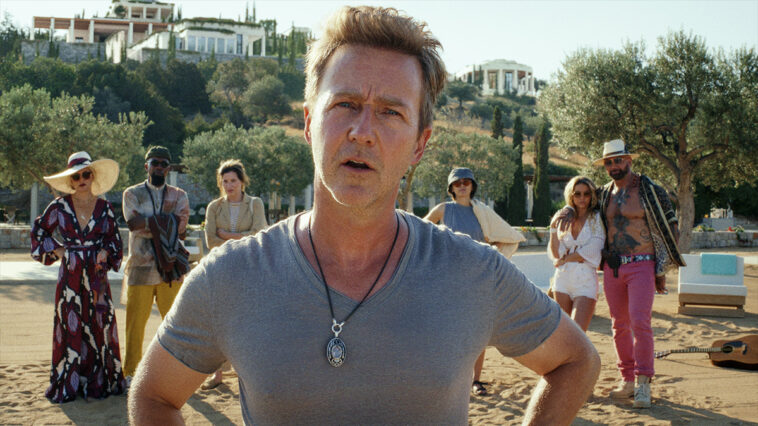 The latest installment of the Knives Out franchise, Glass Onion: A Knives Out Mystery, is in theaters now for a VERY limited time, but should you run out to see it before its Netflix release in December?

In the spring of last year, Netflix made a giant splash when it bought the rights to the 2nd & 3rd Knives Out sequels for a whopping $450 million, one of the biggest deals ever made for the rights to a film series. Starved for franchises of any kind to compete with the likes of Disney & Warner, Netflix must believe that this particular series will check off many of the boxes they need to succeed. It has brand recognition, star power, unlimited sequel potential, rewatchability, some potential box office return, and a chance at awards season success. A potent combo in the hands of a wealthy & willing studio and the power duo of writer/director Rian Johnson & bonafide lead Daniel Craig fresh off his exit from the James Bond films.

As if the newly added pressures of their rights’ deal price tag weren’t enough, the Knives Out team will also have to live up to the financial & critical success of its predecessor. The original made $311.4 million on a $40 million budget for Lionsgate & Media Rights Capital in 2019; plus, it carried an impressive 82 Metascore and was Certified Fresh on Rotten Tomatoes with a 97% rating.

As for the story, Johnson’s latest whodunit brings the considerable skills of Benoit Blanc to a lavish private estate on a Greek Island where he finds himself the lone outcast during an annual reunion of sorts centered around billionaire Bron and his distinctly disparate group of friends. Banded together this time with an invitation to solve Bron’s murder for a mystery game weekend, things get dicey when the games get real, and someone turns up dead. As in all the best murder mysteries, each character harbors their secrets, lies, and motivations, which makes them all the perfect suspects.

The sequel broadens the Blanc character by putting him more on the offensive in the thick of an evolving case.

In the first film, we encounter Blanc as a mysterious & quirky intellectual brought in by the police as an expert on a potential murder. He has a team and a particular method of engagement that makes him more of a standard detective from an Agatha Christie novel. In this film, Blanc enters as a guest wandering into a fun weekend getaway, which gives way to an actual murder mystery. We get to see all sides of him as he tries to blend in among a rich, powerful, & tight-knit group while unveiling his true motives in subtle layers throughout his time on the island. He’s playing a dangerous game within their game and has to be more actor than the detective to survive. For me, the success of this sequel can be found in Rian Johnson’s unlikely inspiration: The Beatles. Unlike Knives Out, which was inspired in title only by the macabre, cannibal-influenced Radiohead track of the same name, Glass Onion actually takes on the mindset of John Lennon while he was writing the lyrics to the famed Beatles song of the same name. It is said that Lennon wrote the words to confuse those who read too much into the lyrical meanings, which annoyed him greatly. While I can’t speak to Johnson’s annoyance with fans of his first film, he did say that this film does pay homage to the song, and I tend to agree.

The beauty of the film’s mystery construction is that it punches you in the face with its simplicity after trying to play mind games meant to distract the audience who thinks they can outwit the creators. Johnson dazzles you with luxurious locales, opulent set design, and knock-out couture, including Kate Hudson’s remarkable rainbow dress during a crucial part of the film. He tempts you with deeper meanings behind the Glass Onion created on the island or the actual Mona Lisa brought in its halls. Still, Johnson relishes in those temptations and false flags to bring something more to the point that delights in taking the piss out of the hype of high expectations. Though the film itself displays many mental & physical puzzle boxes, the winners of this fight skip the puzzles and go straight to the throat. Somewhere in the ether, John Lennon is laughing his ass off.

Much like the original, Glass Onion is buoyed by solid performances from a deep ensemble of talent. While I enjoyed the expansion of the Blanc depiction and Craig’s performance within, the movie belongs to the standout exhibition performed by Janelle Monae and Kate Hudson. Monae’s Andi Brand is the backbone of the plot and has to do all the heavy lifting. While at times she has to be the exposition dump to set up the film’s switch stance halfway through, Monae elevates above that to construct a duality that makes the story kick into high gear. She can be playful or deathly serious with great ease and pairs well with the likes of Craig.

In contrast, Hudson’s Birdie Jay is the breezy, dim-witted delight that brings most of the levity in this tale. She is captivating through and through from the outfits in which she radiates to the false sincerity & pleasantness she has to portray to survive. Her off-screen abilities to light up a room and be quick with a smile make her the perfect distraction for Rian Johnson’s magic trick. Overall, Glass Onion captures most of the magic of the first film with its incredible roster of talent and complex story construction, but it deviates from the design just enough to be more intriguing for its franchise’s future. Count me in for any number of sequels Johnson, Craig, & crew want to make. This is the best Netflix film I’ve seen thus far this year and certainly the most entertaining.

Finally, I would urge people to watch this film in a theater this week if they can. For the production values alone, I would say it is worth the theatrical experience; however, the audience’s value and reactions to the twists, turns, & humor make the trip worthwhile. You’ll have plenty of opportunities to rewatch when it hits Netflix on December 23rd, but try to make your first look in your local theater.

You should watch Glass Onion: A Knives Out Mystery if you like:

As I outlined in the main review section, Monae shows off her incredible range as a character with many faces. She fearlessly holds the film together and stands out amongst a cast of incredible veteran talent. A worthy sequel with a lot of the flair of the original and the amplified production of its new Netflix deal. Rian Johnson can easily do this every few years if he so chooses (and I hope he does).

More From: Glass Onion: A Knives Out Mystery 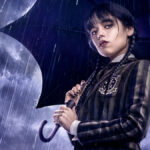