Pictured: End of the Road and Cobra Kai

Welcome to the Netflix top 100, where we’ve got two new titles topping their respective charts once again. Here are the top 50 movies and the top 50 series trending globally in the top 10s this week.

This list is compiled using data provided by FlixPatrol. They gather the Netflix top 10s worldwide and assign points to each title in the TV and movie top 10s. At the end of the week, they compile the data from all the 89 countries they track and then we get the Netflix top 100.

Netflix will update their top 10 website on Tuesday evening (8 PM BST), where we’ll get lots of new data from Netflix on what’s been popular over the last 7 days.

Missed the top 100 from last week? Devil in Ohio and Love in the Villa topped the charts.

Most Popular Series on Netflix Globally This Week

Cobra Kai rockets to the top spot worldwide this week with a pretty handsome lead in terms of points when all is said and done. The popular series rocketed to the top spot following season 6 having a full week under its belt.

The Crown has seen a huge resurgence on Netflix over the past 7 days, as we covered last weekend. Of course, the resurgence comes as people either watch for the first time or rewatch Netflix’s biopic series on Queen Elizabeth II following her death last week. We expect this trend to only continue over the coming week, with the funeral set to take place on September 19th. 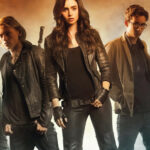