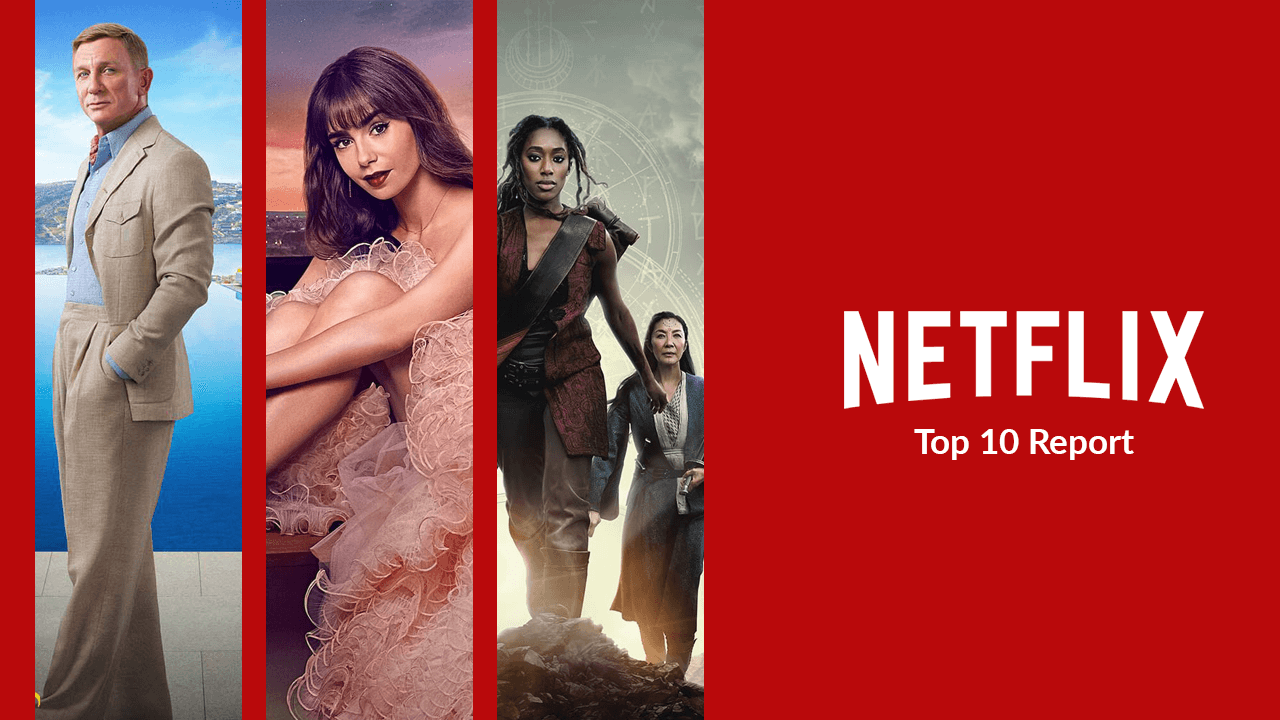 Welcome to your weekly rundown of the biggest stories from Netflix’s top 10 hourly figures drop for the week ending December 25th, 2022.

Netflix updates its top 10 stats page weekly with 40 new hourly figures of the top movies and shows of the past seven days. If you want to browse the top 10 hourly data easily, visit our tool.

This week, Netflix also released its top 40 list for the entire year, which we’ve summarized here.

Note: In this report of Netflix’s hours viewed from December 19th to December 25th, 2022, we’ll use “Complete Viewings Equivalent,” or CVE, expressed in millions. That means we divide the hours viewed announced by Netflix by the runtime of films or series. It allows for better comparisons between films and series, but it’s not an audience metric. It is the minimum number of viewings if they were all complete from the first second to the last of the film or season. The much-hyped sequel to ‘Knives out’ did a decent opening week-end with 35.5M CVEs in just three days, good enough to be the 6th best launch for any film released on a Friday since June 2021 and the third best of 2022. 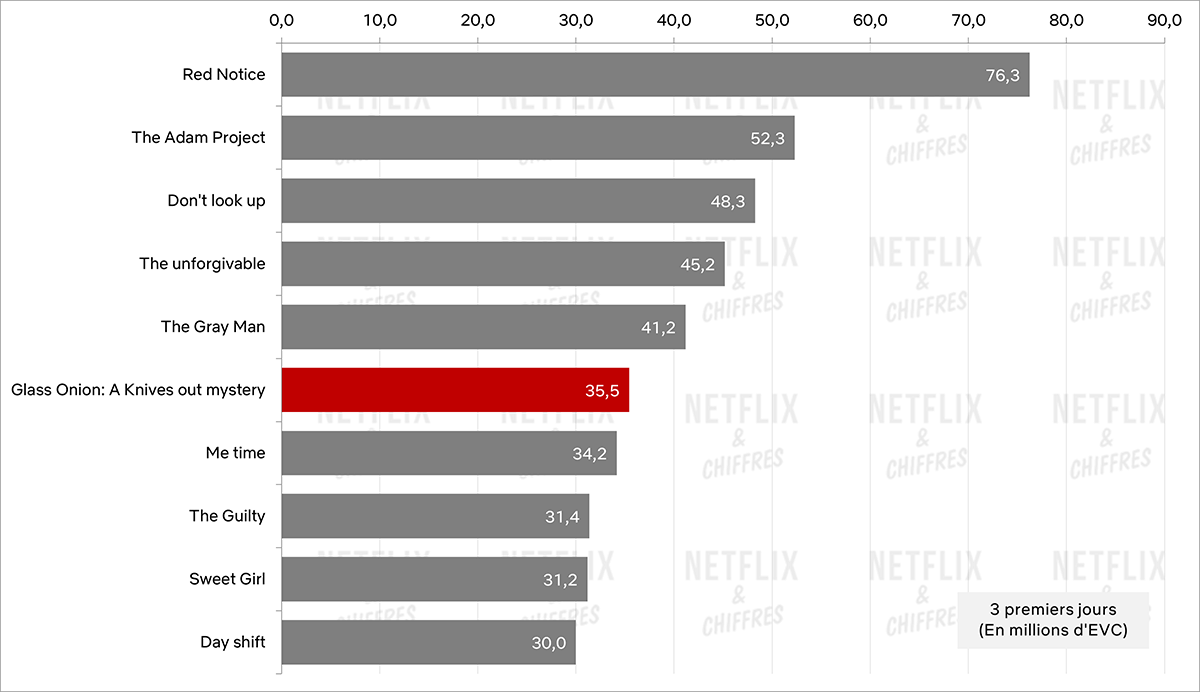 Netflix released the charts for the most watched films of 2022, and if we compare Glass Onion to the top performers, its launch is quite good, ranking between Hustle and The Gray Man. 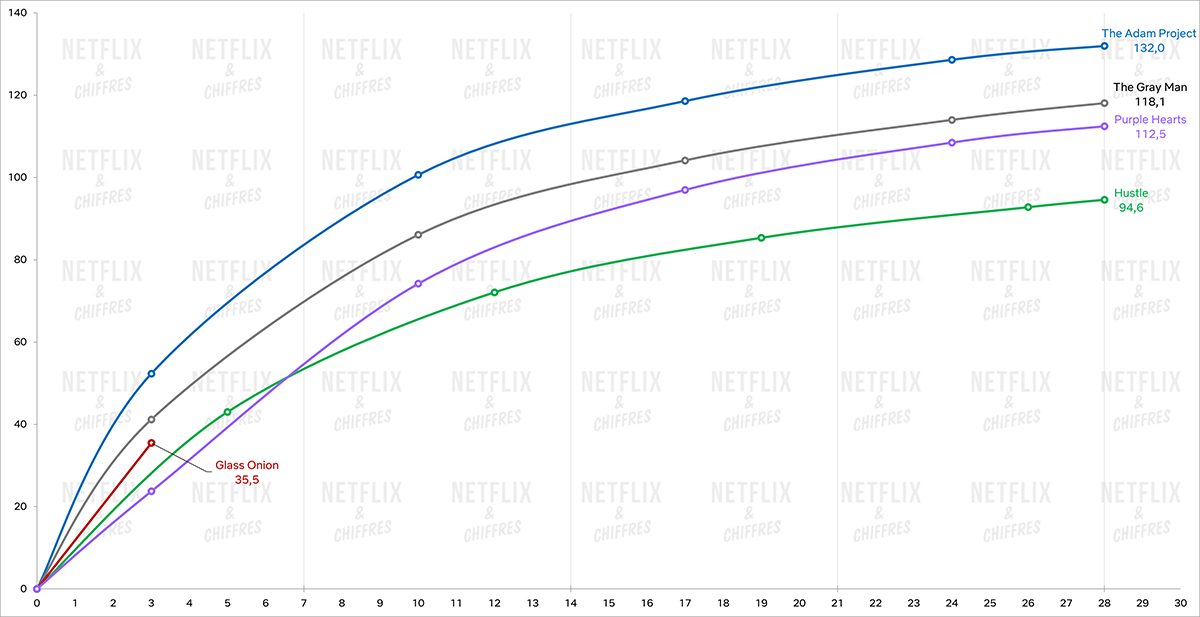 Its second week will be key, but it has not a lot of competition ahead. My early guesstimate for its first 28 days is around the 90M-100M mark.

Fans all around the globe of Emily in Paris were at the Rendez-Vous for the return of the series for its third season. With 21.6M CVEs in over five days, that’s exactly what the second season did a year ago 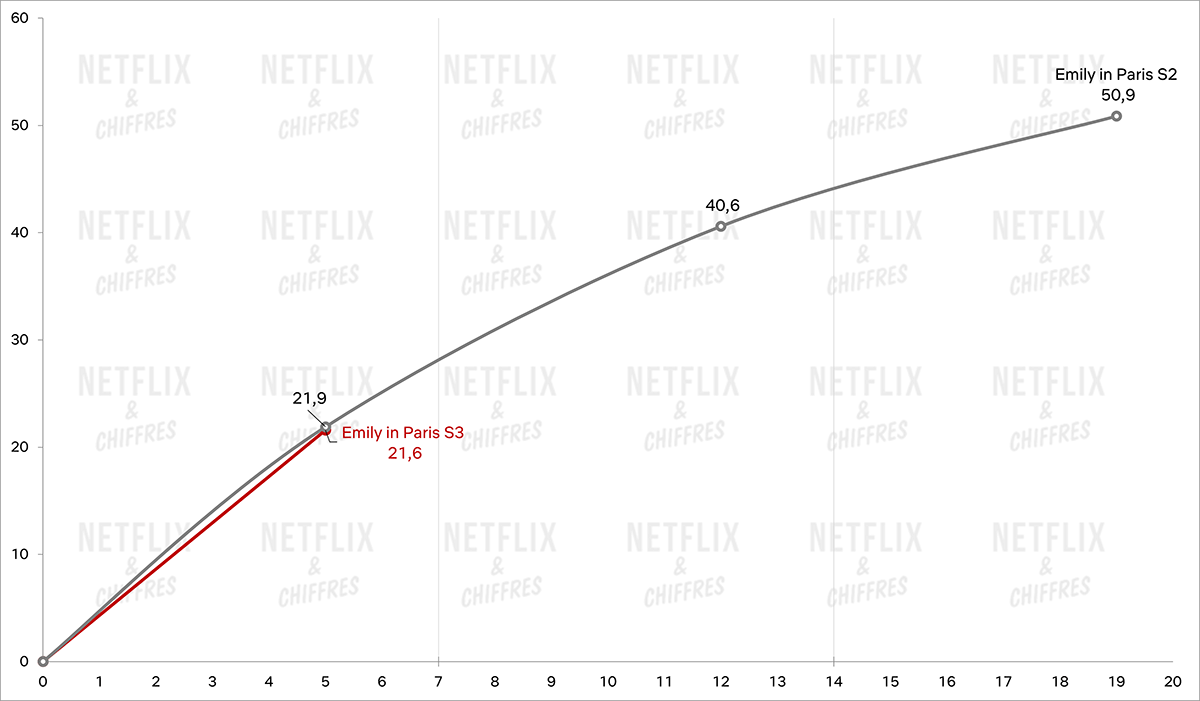 The series is already renewed for a fourth season, but even without it, its renewal would have been a sure thing. Santé!

3. The Witcher: Blood Origin is starting slow – could it be the first The Witcher flop?

It is quite hard to analyze the numbers for The Witcher: Blood Origin as the series was released on Sunday, the last day during which Netflix logs hours viewed.

So with only one day under its belt, it launched with 4.7M CVEs.

Since Sunday is not a typical release day for Netflix, it’s impossible to compare that one-day number with anything else. Still, we can try and compare it to the second season of The Witcher and as you can see here, Blood Origin did not manage really to get all the fans of the main series to watch. 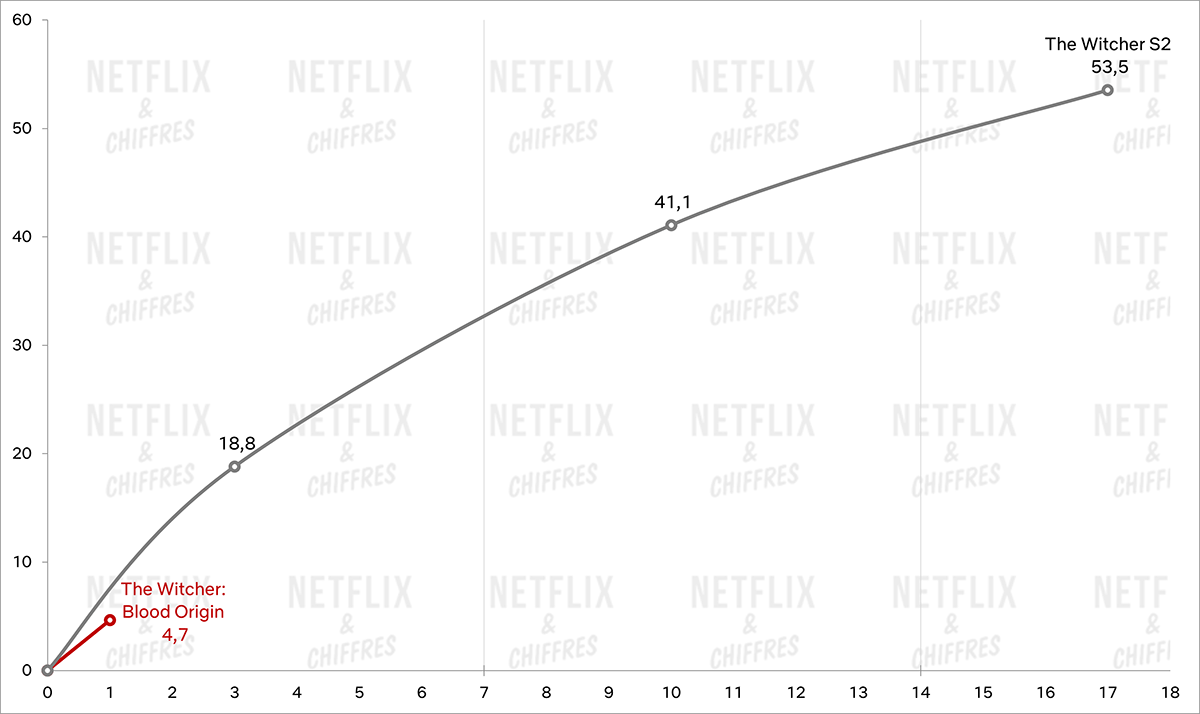 The Witcher: Blood Origin day 1 vs The Witcher season 2.

Its short duration and quite cold critical reception also mean it might fall off the charts quite rapidly.

Let’s call this week the week of the similar charts as season 4 of the docu-series I Am a Killer landed with 3.5M CVEs over its first five days, which puts it on the same trajectory as the third season. 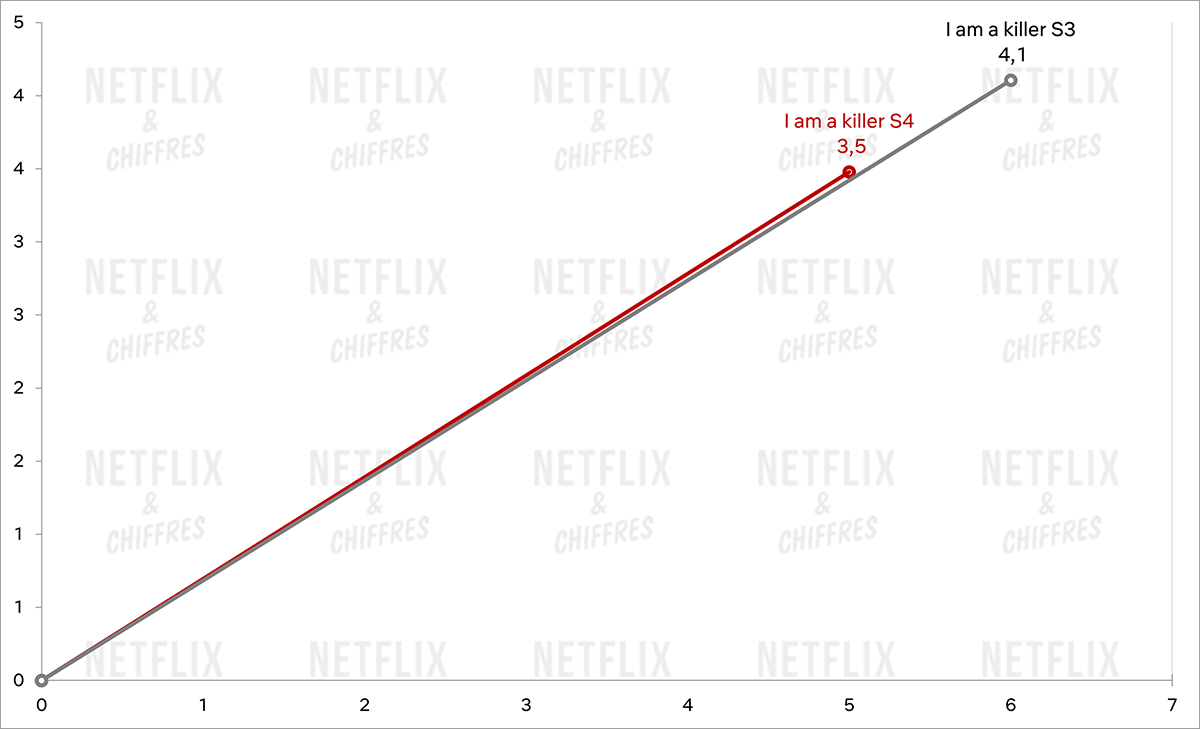 I Am A Killer season 3 vs season 4 viewership

It might fall off the charts next week, but if Netflix was happy enough with the numbers of season 3, it might equally be happy here.

5. Alice in Borderland is the wild card of the week

Kento Yamazaki as Arisu in Alice in Borderland Season 2

Alice in Borderland returned last week with a second season that launched with 7.2M CVEs.

It’s a bit too early to see how it will evolve and how this launch fared against other series, as we lack some series to compare. Its second week will bring more certainties about its fate, especially if it gets renewed for a third season.

More From: Emily in Paris 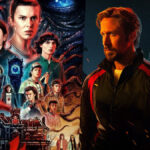