Given the current projection of the series, we’re hopeful of renewal. However, over the next several weeks we’ll continue to report on the performance of the series, and whether or not the viewing statistics will line up with its potential renewal.

Does Narco-Saints need a second season?

Whether or not Narco-Saints needs a second season is completely subjective. There will be many subscribers who watched the series and will be satisfied by the ending, and there will also be plenty of subscribers who would love to see much more.

As far as the story goes, everything was wrapped up neatly for a satisfying ending. After helping the NIS and the DEA take down the drug lord Yo-hwan, Kang was finally able to return home. After a six-month time skip, Kang was back to work as a mechanic in his shop, where agent Chang-Oh offered two karaoke bars as payment for his work, but Kang turns the payment down. For the story to continue, Kang would need to continue his involvement with the NIS, and officially be hired as an undercover agent to infiltrate more drug rings or other criminal organizations. Without being hired by the NIS, it’s extremely hard to see where the story could go. Pictured. Jeon Yo Hwan posing as a pastor (left) and Kang in Gu (centre) – Copyright. Netflix

Alternatively, the series could be approached like an anthology, with the one consistent factor in each season being Chang Ho, played by Squid Game and Money Heist: Korea actor Park Hae Soo. Each season could see a different operation taking place in a different part of the globe, with a brand new cast of characters and story.

Would you like to see a second season of Narco-Saints on Netflix? Let us know in the comments below! 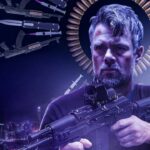