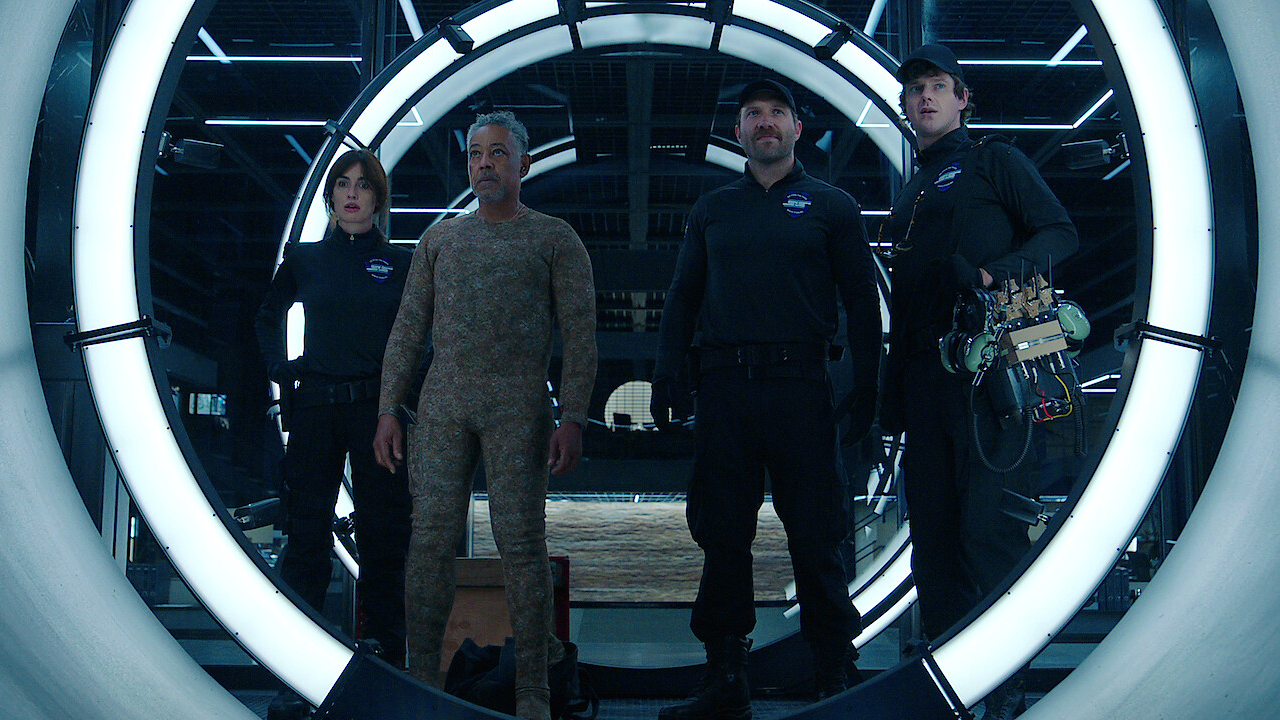 Late last year, Netflix announced it had picked up a new “innovative” heist series based on a true story. Tati Gabrielle, Jai Courtney, Giancarlo Esposito, and Rufus Sewell are attached to the show which is scheduled to be released on New Year’s Day 2023. Here’s a rundown of everything we know about Netflix’s Kaleidoscope series.

Note: this article is a live preview of the previously titled Kaleidoscope which we first published on September 16th, 2022 where we broke the news alongside Hollywood trades. We have updated the piece to expand on additional information as time goes on.

Here’s a quick rundown on what you can expect from the series:

“Spanning 24 years, the series centers around the largest heist ever attempted, and the vengeance, scheming, loyalties, and betrayals that surround it. It’s loosely inspired by the real story where $70 billion dollars in bonds went missing in downtown Manhattan during Hurricane Sandy.”

The NYPost has an excellent primer for the series that looks into the issue of the bearer bonds being lost to Hurricane Sandy which occurred between October 22nd and November 2nd, 2012.

Who’s behind Kaleidoscope on Netflix?

Among the directors attached to the show include:

When is Kaleidoscope coming to Netflix?

We can confirm that Kaleidoscope will be released on Netflix on January 1st, 2023.

Netflix has also released some behind-the-scenes footage of Kaleidoscope giving us a further first look at the exciting new series.

Who is in the cast for Netflix’s Kaleidoscope series? Beyond this initial cast list, we also now know the following have also joined the cast:

In the press release from Netflix, all of the titles of the episodes have been revealed. However, the order in which episodes of Kaleidoscope are viewed will be unique to each subscriber;

The compelling crime anthology series takes a non-linear approach to storytelling, building intrigue and suspense uniquely, with Netflix members each having a different immersive viewing experience. Some members may start with certain episodes (like episodes “Yellow” or “Green”), then move deeper into their own personal viewing order with varying episodes (“Blue” or “Violet” or “Orange,” followed by “Red” or “Pink”) until the epic “White: The Heist” story finale.

All viewers will eventually see all episodes, but the order in which they watch the episodes will affect their viewpoint on the story, the characters, and the questions and answers at the heart of the heist. How will you experience the colors of Kaleidoscope?

Below are the “Colors” and episode titles of Kaleidoscope; Running through the streets of New York? Picture. Netflix

Where is Kaleidoscope in production at Netflix?

Kaleidoscope is filming mostly in Brooklyn at Netflix’s new state-of-the-art New York Studio that’s named Bushwick Studio. It’s a brand new location for Netflix which opened its doors in the summer of 2021 and therefore, Kaleidoscope is one of the first major series to be filmed there. The studio is part of Netflix’s $100 million pledge for the city. 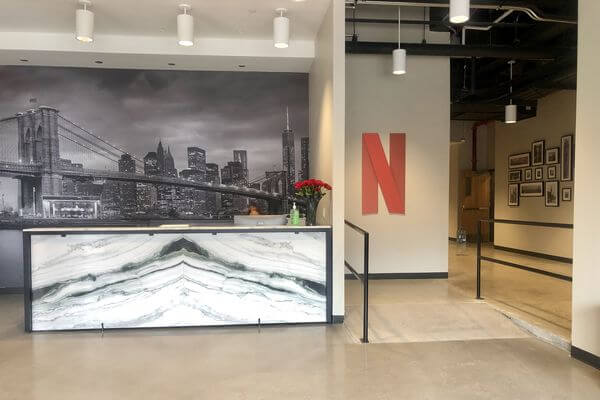 According to production listings seen by What’s on Netflix, the show began filming on September 1st, 2021, and wrapped on March 16th, 2022.

Throughout early 2022, we got snippets of news from both eye-witnesses and local news reports that the show was filming in and around Brooklyn.

As we mentioned, a number of eyewitnesses caught the show filming and shared the news on social media. They caught the series filming in 28 Liberty Street (around the One Chase Manhatten Plaza), Fulton and Nostrand in Brooklyn, Midtown East New York,

They filming Jigsaw on Fulton and Nostrand this morning lol

They were filming a rain scene by my job. A show for Netflix next year called Jigsaw. pic.twitter.com/613zXSR3Ti

They are filming the jigsaw movie pic.twitter.com/EbNWkyU49A

👀 we’ll have to see pic.twitter.com/6BofwSzt2x

A number of users on Facebook caught the show filming in and around Corey Beach in New York City.

“Filming Kaleidoscope on Netflix down at Corey beach!” on Facebook – January 19th, 2022

For more crime series in development at Netflix, check out our preview for those coming up here.

Are you looking forward to checking out Kaleidoscope on Netflix? Let us know in the comments down below.