The award-winning FX series Fargo will soon depart Netflix in the majority of international regions in October 2022. All three seasons available will depart and this also likely rules out the possibility of seasons 4 or 5 being added to Netflix down the line either.

Based on the Coen Brothers movie of the same name, this anthology series follows various stories based in Minnesota over the decades. Season 1 has you in 2006, season 2 has you in the late 1990s, and season 3 is set in 2010.

Netflix has been streaming the show in some regions since 2015 and for the most part, received new seasons following their conclusion on FX where they air in the US.

Now, however, removal notices state that Fargo seasons 1-3 are leaving Netflix on October 9th, 2022, with your last day to watch being October 8th.

Among the regions set to lose Fargo seasons 1-3 include:

Despite leaving Netflix, the official Netflix account on YouTube still hosts the trailer for the first season.

Where will Fargo stream after leaving Netflix?

Two locations stand out as being the new home for Fargo once it does leave Netflix. 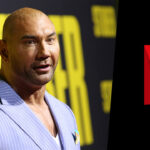