Who can we expect to see in Emily in Paris season 3?

We would expect to see many of the core and supporting cast members reprise their roles in the third season of Emily in Paris: When could we expect to see Emily in Paris season 3 on Netflix?

Assuming that there would be no delays to any of the production then we could see the third season on Netflix before the end of 2022.

The second season was filmed in early May and wrapped by the end of July. If the series follows a similar schedule then expect a late 2022 or early 2023 release.

🚨BREAKING🚨: Emily in Paris season 3 is now in production! pic.twitter.com/BUg0esP89i

Very few images have been released, however, the Instagram page Diet Prade revealed one of Emily’s new fits for the upcoming season.

Has Netflix renewed Emily in Paris for a fourth season?

Netflix hasn’t announced whether or not the fourth season will be the last of Emily in Paris, however, when season 3 arrives we’ll be sure to learn more then.

Would you like to see a third season of Emily in Paris on Netflix? Let us know in the comments below! 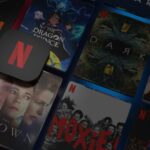 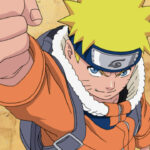