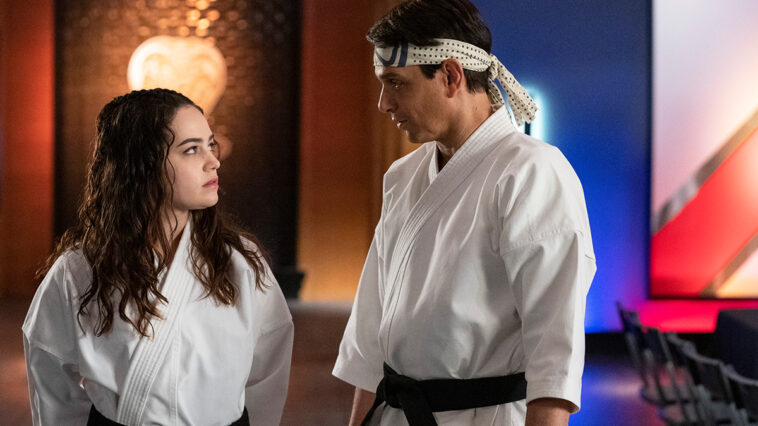 Cobra Kai season 5 was released on Netflix in September 2022 and now into December, we’re still waiting for an official renewal from Netflix, but what could we expect from a new season, and how well did the show perform? Here’s everything we know about Cobra Kai season 6.

Formerly a YouTube original series, after two seasons Cobra Kai officially moved to Netflix and soared even more in popularity since. The series is a continuation of The Karate Kid movies. It takes place 34 years after the events of the original Karate Kid, which reignites the rivalry between Johnny Lawrence and Daniel LaRusso.

At the time of updating, Netflix has still yet to renew Cobra Kai for a sixth season and we’re now three months following the fifth season premiering on Netflix. There are a few reasons for this, we suspect, however.

The creators have said numerous times that they had planned for the show to run at least 6 seasons.

Speaking to Deadline about the possibility of a sixth season recently, Hayden Schlossberg said:

“We have an end in mind. How many seasons it takes to get there, we don’t know. We’re enjoying making it so much. If it gets tiring to us, we’ll stop before that; we have a few more seasons already planned out.”

Jon Hurwitz, one of the showrunners, also stated that they’d like to do at least 6 seasons in a Tweet:

We’d like to do at least 6 seasons of Cobra Kai. #CobraKai https://t.co/eHCC4ZLTlB

As stated above, Netflix, in most prior seasons, has always renewed Cobra Kai ahead of new seasons dropping.

The difference this time, we suspect, is that the showrunners have another project on the go (at Netflix) in the form of Obliterated. That series just recently wrapped up filming in November 2022, and once post-production/editing has concluded, they’ll be free again to move on to Cobra Kai.

Our prediction is that the series will be renewed for another season on Netflix but with the caveat that it may be a final season order. This is simply because some data suggest the show has peaked in popularity.

How well has Cobra Kai season 5 performed on Netflix?

Using various sources, we can look at exactly how well the show performed for its fifth season.

For the first time, we can use hourly data provided by Netflix to look at the show’s performance.

As we covered in our September 14th Top 10 report (which uses CVE metrics), the show lagged behind the fourth season. In the report, What’s on Netflix contributor Frédéric states:

But Season 4 was released on the first of January, so that might explain the difference (people have time off around Christmas). “ This data comes from Netflix’s top 10 site where we get 40 hourly figures every week.

Between September 4th and October 9th, 2022, the show has been watched for 274.72M hours globally in the top 10s before dropping out of the rankings.

Here’s how the viewing hours breaks down per week:

How does season 5 compare with season 4 in viewership?

There’s a notable drop, but the two series had a similar trajectory. Season 5 kicked off with an 11% drop down from season 4.

The two seasons then saw the same decline week-to-week:

Using external demand, we can also see that while the show is still popular, we’re seeing diminishing returns over time.

Google Trends suggests that interest in season 5 was below that of season 4 (where it peaked) and both when Netflix picked up seasons 1-2 and season 3 in 2020.

Looking at the raw top 10 data provided by FlixPatrol, we can see where the show is performing best. The United States and Latin America are where the show has scooped up the most points.

What to expect from Cobra Kai season 6 on Netflix

Below, we’ve put together our predictions and expectations for the upcoming season.

We’ve also asked two Cobra Kai superfans for their predictions on what to expect from the sixth season, and you can read those theories here.

Mike revealed to Daniel and Chozen that he was promised a 50% stake in Cobra Kai by Terry Silver many years ago. While he is unsure if he could find the document or the lawyer to prove it there is a chance the former enemy of Daniel can continue to redeem himself and Cobra Kai if he were to take over the dojos.

Silver and Kim Da-Eun were already a formidable pairing, but Kreese now has nothing to lose, making him more dangerous than ever.

With Silver defeated, Miyagi-Do and Eagle Fang should be able to make their triumphant return, re-open their dojos, and begin training the students for the Sekai Takai.

Who represents their respective dojos remains to be seen, but we would expect Miguel to represent Eagle Fang, and Hawk to represent Miyagi-Do. Depending on the situation with Cobra Kai, Robby could represent the dojo over Kenny, however, if Robby were to rejoin Miyagi-Do or Eagle Fang he may have to compete against either Hawk or Miguel.

Samantha will represent Miyagi Do, and Devon Lee could again represent Eagle Fang. As for Tory, her place in the tournament could be in doubt if the Sekai Takai organizers ban her for not coming clean earlier about Silver’s cheating. This may also lead to Tory’s further redemption if she is allowed to compete.

When will the baby be born?

Johnny is having a baby with Carmen, and it’s not yet clear when the baby is due, which could impact Johnny’s attendance at the Sekai Takai.

Johnny and Carmen have a baby on the way – Picture. Netflix

Will Julie Pierce make an appearance?

Nearly all of the major characters from the original Karate Kid movies have returned to reprise their roles in Cobra Kai. The only omission so far is Julie Pierce, previously played by academy award-winning actress Hilary Swank.

It would be extremely fun to see Swank return to reprise her role as Julie, as the character could return to help train the Miyagi Do students to prepare the Sekai Takai.

If there is a further conflict with Kim Da-Eun, it would be incredibly fun to see Julie Pierce go one-on-one with the Korean master of Tang Soo Do.

Who will return for the sixth season of Cobra Kai?

Cobra Kai already has an extremely extensive cast list, but we would expect the majority of the cast to reprise their roles from the fifth season for the sixth season, including;

We would expect many of the minor cast members to make a return for the sixth season too.

When can we expect to see Cobra Kai season 6 on Netflix?

In the relatively short span of twenty months, we’ve seen the release of three seasons of Cobra Kai on Netflix, starting with season 3 in January 2021, and, most recently, the fifth season in September 2022.

While subscribers have already become used to seeing new seasons of Cobra Kai on Netflix semi-regularly, the wait for a sixth season could be the longest.

Without a swift renewal, production has yet to start and likely won’t do so until 2023. Meaning that a late 2023/2024 release date is most realistic.

Would you like to see a sixth season of Cobra Kai on Netflix? Let us know in the comments below! 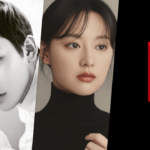 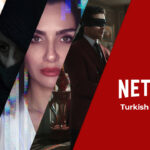