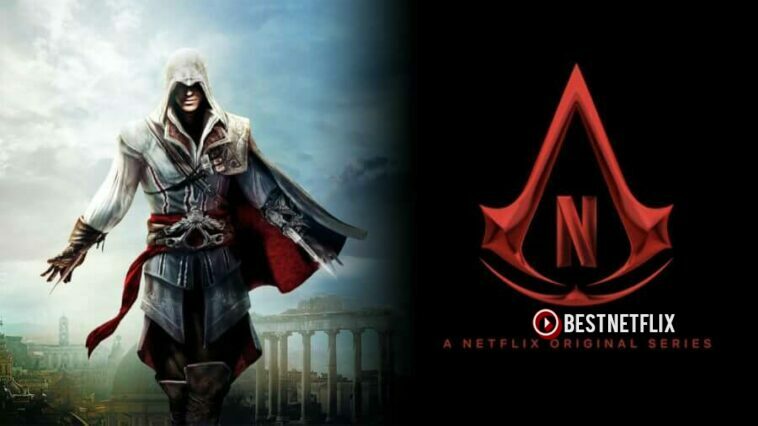 As with many other video game franchises, Netflix is going all-in with Assassin’s Creed with multiple projects currently in development for Netflix. Here’s everything we know so far about Assassin’s Creed on Netflix and keep it bookmarked as we’ll be keeping this big preview updated over time.

Spanning 11 games, countless books, and even a Hollywood blockbuster, Assassin’s Creed has been at the forefront of pop culture for well over a decade.

It was back in October 2020 when Netflix officially announced that they’d be teaming up with Ubisoft (the video game publisher behind the series) for new projects within the IP. In reality, however, talks for an AC series at Netflix have been ongoing for years now with the earliest reports surfacing as early as 2016. In additional, an anime series with Adi Shanker helming the project was teased all the way back in May 2017 too but it’s unclear whether that’s on the Netflix docket.

Netflix has been making big moves in video game IP over the last few years with an expansive upcoming lineup of adaptations.

They’ve also teamed up with Ubisoft on other projects including the upcoming Netflix adaptation of Beyond Good & Evil, Splinter Cell and The Division also.

So, with all that said, let’s dig into what we know so far.

In the announcement, published on the Ubisoft site in late 2020, they state:

“A brand-new, live-action Assassin’s Creed series is coming to Netflix. The deal includes multiple different series, the first of which will be a genre-bending live-action epic, while the others will be animated and anime adaptations.”

Netflix itself also revealed a logo for the upcoming effort:

With that announcement, we know that Assassin’s Creed is getting similar “expanded universe” treatment as Netflix has provided to IP like The Witcher.

Who is attached to the Netflix Assassin’s Creed projects?

The two names we do have attached to the various Assassin’s Creed projects thus far are executive producers Jason Altman and Danielle Kreinik.

Jason Altman serves as SVP, Head of Film and Television at Ubisoft but has mostly been in the video game world for most of his career. He took on his new role in TV in January 2017. He’s served as producer on Mythic Quest and the upcoming Werewolves Within.

Danielle Kreinik has had a long career in entertainment, having worked at Thunderbird Entertainment and developed Some Assembly Required for Netflix and Endgame for Hulu. Since July 2017, she’s worked for Ubisoft as Head of Television Development and worked on Mythic Quest for Apple TV+. It’s reported that Kreinik has since moved on from Ubisoft to work as Senior Vice President of Television at Jerry Bruckheimer Television.

What we know about the Live-Action Assassin’s Creed Series

We got an update on the talent behind the live-action show back in April 2021 with transmedia director Aymar Azaïzia telling Eurogamer:

“I can’t give you any more information but we have secured a couple of talents and are working with them on the show. We don’t have anything more to announce apart from we’re working on it and have been taking our time. We learnt a lot from the movie and have a really strong team behind it, and I’m super hopeful and super happy for the format. I think the TV series format works better to craft an Assassin’s Creed story.”

In mid-June 2021, Variety revealed that Jeb Stuart would be on board to serve as both the writer and showrunner for the main live-action series.

In February 2022, Stuart shared a disappointing update to The Playlist regarding the Assassin’s Creed live-action series saying:

“We’re moving along. We’re not to casting yet, but it’s a terrific team at Ubisoft, I mean a phenomenal group of creative talent there. Netflix is just the platinum standard for something like an ‘Assassin’s Creed,’ so I’m really excited about the whole project. I think it’s going to be a fun show. It’s going to be shot internationally. One thing I can tell you, absolutely, is that it’s going to have unbelievable action,”

What we know about the animated Netflix Assassin’s Creed projects

Little is known about the animated Assassin’s Creed series beyond that initial announcement.

We also know don’t if the Adi Shanker project that was announced in 2017 is still alive or whether they’re starting fresh.

When asked about the animated series (again back in April 2021) in the aforementioned Eurogamer interview, Azaïzia stated:

“It’s still active – it’s the guys who brought us the Raving Rabbids TV show which have also announced the Far Cry animated series. Those guys are really focusing on that. It’s not the next project which is coming up in their pipeline but it’s still in their hands. It hasn’t been canned.”

The Far Cry animated series in question was announced in October 2019 and is believed to be called Captain Laserhawk: A Blood Dragon Vibe.

Two years later, we’re still yet to get the Far Cry animated series which is ahead of Assassin’s Creed in development so it’d be fair to say we’re likely still some way off.

How Lessons Were Learned From The Michael Fassbender Movie

As we’ve mentioned, this isn’t the first time someone has tried bringing the Assassin’s Creed franchise to the big screen and according to those working on the Netflix projects, big lessons from the 2016 movie directed by Justin Kurzel distributed by 20th Century Fox have been learned.

In the wide-ranging interview with Eurogamer we’ve referenced above in April 2021, they revealed some key insights from the movie and what they learned with publishing content manager Etienne Bouvier and transmedia director Aymar Azaïzia.

Speaking about the movie Azaïzia said:

“We learnt a lot from the movie and have a really strong team behind it, and I’m super hopeful and super happy for the format. I think the TV series format works better to craft an Assassin’s Creed story.”

“.. you have to pack so many things for newcomers in a movie – you have to deal with multiple timelines, Assassins, Templars, Isu… you have to come up with something cleaner, or you can have a TV show where you can pace it in a different fashion and take your time.”

We’ll keep you up-to-date with all the Assassin’s Creed projects as and when we learn about them but we’d also suggest you go and follow The Codex Network on Twitter and their website, which are dedicated to all things Assassins’ Creed.

Let us know if you’re excited about Assassin’s Creed on Netflix in the comments. 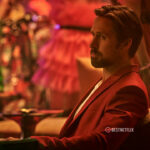 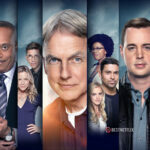