The fourth entry in the teen romance movie series After is called After Ever Happy. Although the movies in the franchise have all received less than stellar reviews, the movie franchise continues to do well, thanks in part to it coming to Netflix in many regions in a timely fashion.

Based on the novels by Anna Todd, the After movies are often heavily criticized because of their poor screenplays and sometimes atrocious acting. Despite this, they are profitable and popular in many parts of the globe.

A fourth movie, following the three subsequent movies released annually since 2019, is due to be released in theaters on September 7th, 2022, after premiering in London in August 2022.

Beyond a fourth movie, Castille Landon teased that there may be other works telling Variety in August 2021, “I’m working on some other projects in the “After” universe and I’ll keep that vague.” A fifth movie has since been confirmed and is currently in development with the entry being called After Everything.

What to expect from After Ever Happy

Castille Landon is back for directing duties on the fourth entry with Sharon Soboil returning for writing duties.

A plot guide has been released, which gives us a good idea as to what we can expect from the fourth movie:

“As a shocking truth about a couple’s families emerges, the two lovers discover they are not so different from each other. Tessa is no longer the sweet, simple, good girl she was when she met Hardin — any more than he is the cruel, moody boy she fell so hard for.”

When and will After Ever Happy be on Netflix?

While there’s been no official confirmation (there hasn’t been in advance for previous movies either) we expect it to come to Netflix, albeit it won’t be a worldwide release. 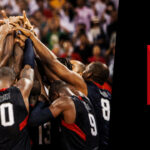 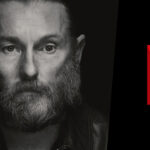